In the VBI, the delivery of modern fire tanks began.

November 2 2017
30
The arsenals of the Center for Logistics of the Eastern Military District, deployed in the Amur Region, Trans-Baikal and Khabarovsk Territories, received the first batch of special fire engines (SPM) based on the main combat tanks T-72 and T-80, according to the press service of the BBO 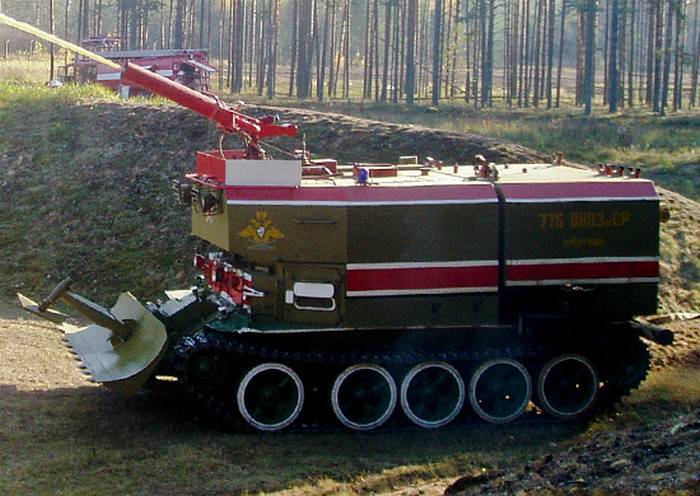 Special fire engines produced JSC "Omsk Transport Engineering Plant". The car has a mass of about 60 tons and a power reserve of more than 250 kilometers. The crew of a fire tank of three people, using the equipment installed on the vehicle, is able to extinguish the fire at a distance of up to 100 meters.

The main advantage of this type of special equipment for extinguishing fires is the possibility of using it directly in the most dangerous places (extinguishing ammunition depots, center of man-made disaster). SPM is well armored, has high maneuverability and carries up to 25 cubic meters of water or special fire fighting equipment in its tank.
- noted in the BBO.

Ctrl Enter
Noticed a mistake Highlight text and press. Ctrl + Enter
We are
Day of fire protection. How the fire brigade of Russia was created and strengthenedSpecial fire engine (SPM) is preparing for the first exercises as part of the fire-fighting equipment of the RF Armed Forces
30 comments
Information
Dear reader, to leave comments on the publication, you must to register.