November 2 2017
12
The head of the self-proclaimed Donetsk People's Republic (DPR), Alexander Zakharchenko, held a regular online conference with residents of Donbass, during which, answering questions, he said that the format of the Minsk agreements could change.


He noted that the Minsk agreements, though the most important document, which had consolidated the victory of the LDNR and confirmed by the resolution of the UN Security Council, but this is not a tablet.

I do not exclude that the Minsk agreements will undergo changes. And all the more I do not exclude the possibility that after Minsk the second stage of negotiations will come. And about the fate of the territories occupied by Kiev, and about the principles of hostel with that Ukraine, which it will be at that time, and many other issues
- he summarized. 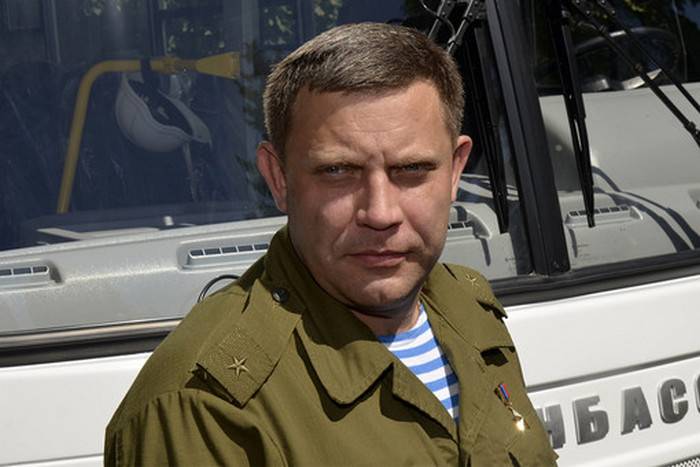 The head of the DPR also promised to organize an international tribunal over those guilty of unleashing a conflict in the south-east. Responsibility for it are the Ukrainian authorities, said Zakharchenko.

He believes that it is possible to stop the war and proceed to negotiations if "the current inhuman regime falls" and the country is headed by "sane people."

Earlier, US State Department Special Representative for Ukraine Kurt Volker said that the deployment of the UN peacekeeping mission in the Donbass will allow the parties to the conflict to progress in the implementation of the Minsk agreements to resolve the situation in the region. In turn, the. The Minister of Foreign Affairs of the LPR, the plenipotentiary representative of the republic at the negotiations in Minsk, Vladislav Dainy, believes that the proposal to introduce peacekeepers to the Donbass is an attempt to deviate from the Minsk settlement process in the region.

Ctrl Enter
Noticed a mistake Highlight text and press. Ctrl + Enter
We are
12 comments
Information
Dear reader, to leave comments on the publication, you must to register.