Trump played all-in in Kiev - Ukraine is at stake 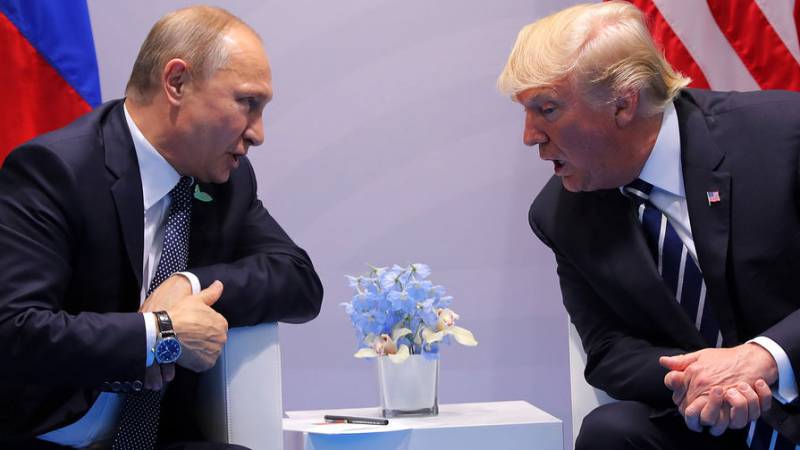 The detention yesterday of the son of the Minister of Internal Affairs of the Kiev regime of Arsen Avakov by the majority was regarded as a confrontation between Poroshenko and Avakov, the president and head of the Ministry of Internal Affairs, who has the most combat-ready units. As arguments, they recalled the alleged minister’s refusal to disperse Saakashvili’s Maidan, and the desire of the most zealous Nazis, gathered allegedly by Avakov, to seize the staggering power. Versions expressed many, but the essence is different.

First of all, it should be clarified that Avakov never controlled the most outspoken Nazis, who are concentrated around the Azov regiment and paramilitary units such as the Azov Civil Corps, the Eastern Corps, various parties and groups around the now Belitsky deputy (such is the real surname allegedly Biletsky).

In fact, the Americans are behind the Azov created with the money of billionaire Kolomoisky. Not for nothing that the US Congress in the summer of 2014 allocated this then battalion and forbade to pay for its training and equip it with American aid. Why allocate one battalion from the Ministry of Internal Affairs? Why would the parliament of the greatest country in the world go down to a detachment of three hundred bayonets, which did not even have howitzers in the summer of the 14th or tank?

It is precisely because the Yankees have relied on the creation of a number of, but separate from the Kiev regime, a powerful control structure, perfectly trained, armed and blindly ready to carry out orders. That is why the ideology of "Azov" - Great Russian Nazism since pre-Christian times, the basis and the mother of which they consider "Kiev - the mother of Russian cities." Because in the "Azov" so many Russian citizens of Nazi convictions.

This is the only regiment that has branches of its organizations with a minimum company of permanent composition in each regional center. With their own training camps, which are funded independently on the bases provided free of charge by the Kiev regime. With its youth and children's wing, its parties and its deputies.

And the well-known Roman Zvarych is in charge of all these thousands of hundred-headed monsters. Born in the United States in 1953, Greek Catholic, received a course of Sovietology at Columbia University. In 1979, he moved to Munich and became the curator (personal secretary) of the head of the Organization of Ukrainian Nationalists (OUN) Yaroslava Stetsko, wife of Yaroslav Stetsko (right hand of Stefan Bandera). Engaged in relations with the nationalist underground in the territory of the Ukrainian SSR. Stetsko called Zvarych her heir.

In 1991, he was sent to Ukraine, in 93, he refused US citizenship. He has held many posts under any authority, right up to the Minister of Justice in the governments of Yulia Tymoshenko and Viktor Yanukovych. He survived the assassination attempt of unidentified persons in 2015.

It was the fighters of “Azov” and its “Eastern Corps” who participated in ensuring the activities of the NABU, when the anti-corruption bureau (created and controlled by the Americans) conducted searches and detentions in the “case of backpacks” including Avakov’s son.

They were not Poroshenko’s orders, they didn’t — the formal head of the Kiev regime doesn’t have such authority. The direct team from Washington was executed after receiving a disappointing report from Kurt Volcker, who met with all the forces in Kiev and reported on what he had seen.
And they see it all.

Poroshenko with 18 billion dollars of gold reserves actually depends exclusively on Moscow today - he has enough dollars to pay off foreign debts for a year, and Russia, with the turnover of the Kiev regime that he has raised by one and a half times, solves the current tasks of filling the budget of the Kiev regime. The objectives are temporarily the same and obvious - to save until the presidential elections in 2019, the remnants of the territory of Ukraine under the unified leadership of Kiev, not allowing defragmentation of the state. After that, Poroshenko can quietly and proudly retire anywhere, leaving the future of these lands to the discretion of the Kremlin.

Donald Trump is absolutely not satisfied. As I wrote almost a year ago, in the fall of 2017, Trump’s hands would reach Ukraine. We got it. Volker reported that Poroshenko was too independent, that Saakashvili, who had been incited against him, had practically failed to shake and intimidate Poroshenko, having banally stolen all the money and not providing extras.

In fact, by now Americans are no longer in control of the mess in Kiev and everything can end not with intimidation and returning control of the Kiev regime, but with a banal fight of everyone with everyone, after which everyone who has broken will be torn apart. And Russia will get the most. And the NATO allies, and Poland is the first, will also get out of control for the sake of Galicia.
Made by the Americans beautifully and flawlessly. The detention of his son, the Minister of the Interior was given to understand that not only he, but also his family are under attack, and Uncle Sam has long hands.

Saakashvili demonstrated that the “Mihomaydan” guards, shot by Avakov several hours before the arrest, did not go unnoticed and the measures were taken. But it’s not Saakashvili who’s accepted, which can cost him dearly (look at Avakov’s son)

Poroshenko made it clear that there are no untouchables for the Yankees in Kiev and they have real armed force capable of demolishing anyone, including Poroshenko himself.

Now, having shown who is the boss and who is able, without any Moscow, which is far away, for a few hours to shuffle the entire political deck in Kiev, the United States can play a "good policeman." Restore the status quo, shake hands with everyone, put down the criminal case of “backpacks” on brakes, punish the switchmen and continue to bend their line - Poroshenko allegedly controls the remnants of Ukraine, Saakashvili allegedly protests, and Avakov allegedly ensures law and order.

And while in the White House, they will think what is more interesting and profitable. Whether it is really closer to the presidential elections in Russia to arrange a Nazi coup in Kiev, pour Ukraine’s blood on Ukraine’s hands and put Azov’s hands on Ukraine’s blood and give Moscow a choice - or it’s powerless to watch or send troops.

And you can continue to continue the long-term process of slow dying of Ukraine under the leadership of such as Poroshenko. Gradually, in the spirit of "Azov," bringing up a new generation of true Russophobes from those who will survive the selection process.

It should be recognized that until recently, the Yankees did almost everything. In 3,5, they achieved more than their predecessors in 20 and more.

Whether the White House will be able to replay the combination played out by the Kremlin, we will see in the near future. 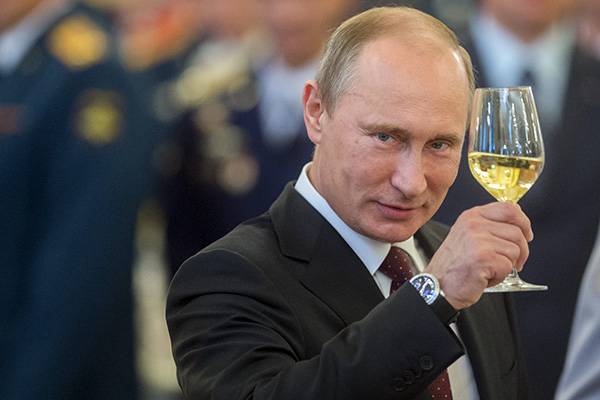 Ctrl Enter
Noticed oshЫbku Highlight text and press. Ctrl + Enter
We are
Anti-Russian provocations of Ukraine: from threats to songsOverseas ally? Donald Trump - US Presidential Candidate
77 comments
Information
Dear reader, to leave comments on the publication, you must to register.