October 31 2017
102
A submarine "Veliky Novgorod" from the Mediterranean Sea attacked the Caliber missiles at the militants of the Islamic State terrorist group * in the province of Deir ez-Zor in Syria. 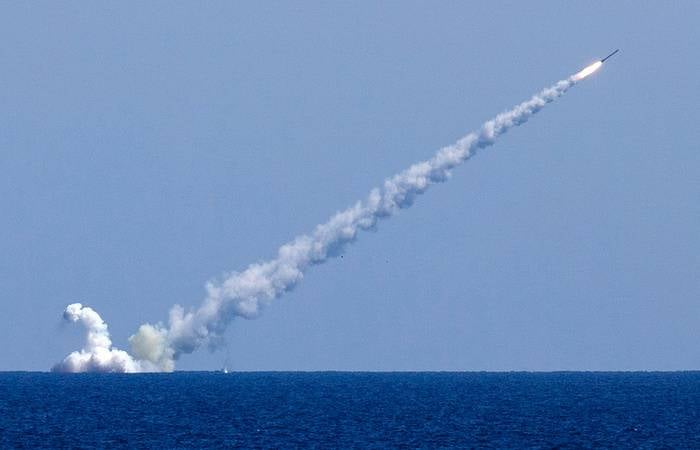 October 31 2017 from the eastern part of the Mediterranean Sea submarine Velikiy Novgorod from a submerged position launched a salvo attack with Caliber cruise missiles at important targets of ISIL militants (the former name of the Islamic State) in Deir ez Zor province. As a result of a missile strike with three cruise missiles, control points were destroyed, a fortified area with an accumulation of militants and armored vehicles, as well as a large stock of weapons and ammunition of ISIL terrorists * in the area of ​​the Abu Kemal settlement
- said in a statement.

It is clarified that the data of objective control confirmed the defeat of all designated targets.

During the last two months since joining the permanently operating naval group in the Mediterranean, the Veliky Novgorod submarine conducted four salvo launches with high-precision Caliber cruise missiles at terrorist groups at a range from 350 to 700 km
- informs the Ministry of Defense of the Russian Federation.

Ctrl Enter
Noticed a mistake Highlight text and press. Ctrl + Enter
We are
Kolpino and Veliky Novgorod attack Caliber against ISIL militantsReports from the militia of New Russia for 5 September 2014 of the year
102 comments
Information
Dear reader, to leave comments on the publication, you must to register.