Import Substitution in Russia: Two Words about Turkish Tomatoes That No One Needs Soon 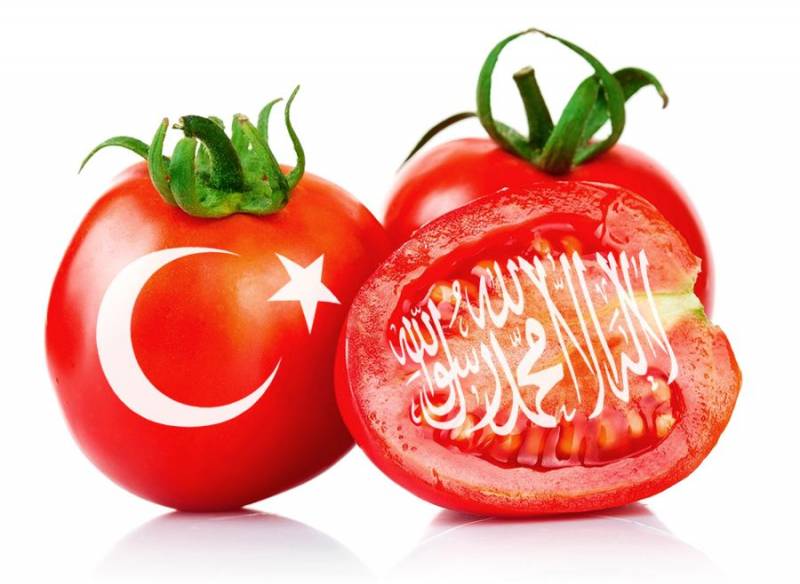 Turkish tomatoes will return to the Russian market in December 2017 of the year. True, it may turn out that very soon no one will need them. Over the past two years, Russia has made a tremendous breakthrough in the cultivation of vegetables and by the year 2020 can almost completely abandon their imports.

Growth of growing greenhouse vegetables (tomatoes, cucumbers, peppers) in Russia by the beginning of the turbulent 2014 events of the year was relatively stable, but not sufficient to bring the country to full self-sufficiency in this segment of the food market even in the foreseeable future.

The fact is that production simply did not keep pace with the growth in consumption of the gradually richer Russian population. In the 2014 year, despite the increase in production by 12,3%, the filling of this segment of the food market with the Russian product was only 38,1% (against 35,4% in 2013 year).

The 2015-2016 years were crucial for Russian vegetable production. Because of the devaluation of the ruble, firstly, the purchasing power of the population decreased, and hence the market volume, secondly, the competitiveness of the Russian producer increased, and hence the profitability of its production. A real gift of fate for Russian agricultural producers was the sanctions of Europe and the retaliatory embargo of Russia on agricultural products from EU countries, which removed Spain, the Netherlands, Poland and Ukraine from the Russian vegetable market. Another important factor was the ban on the import of Turkish tomatoes immediately after the provocation with the Russian bomber Su-24. 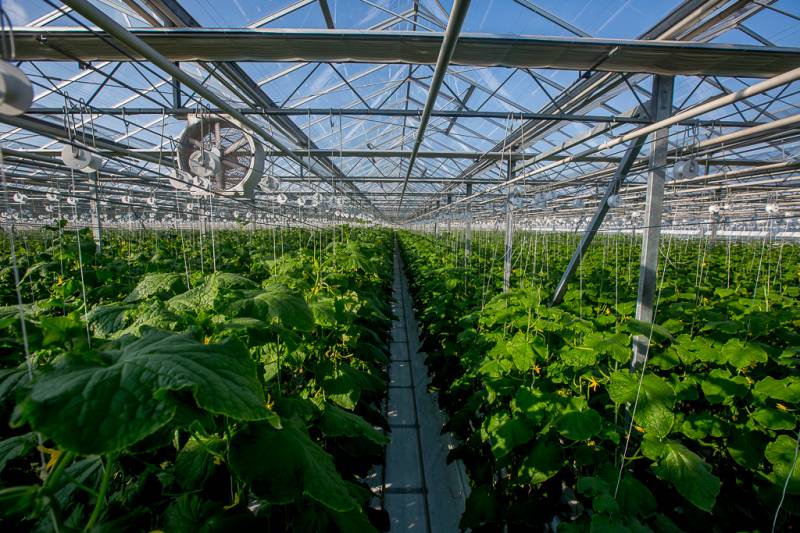 Since 2015, Russia has sharply increased the construction of modern greenhouses. If in 2013, only 80 ha of new “winter” greenhouses was commissioned, then in 2015-m - already 200 ha, in 2016-m - approximately 250 ha. This year it will be surrendered as much again. Total more than 600 ha greenhouses for three years. Area growth was more than 30% compared to 2014 year. And by 2020, the total area of ​​modern “winter” greenhouses in Russia will be more than 2 thousand hectares (taking into account those that were built before 2014 year).

The greenhouse complex in recent years has become a real investment paradise, where everyone began to invest money, even oil and gas companies.

Already in 2016, the results of the work of "vegetable workers" gave the result. Gross product growth in the industry for greenhouse vegetables (which were mainly imported) amounted to 22%, which made it possible to bring the specific share of domestic products in stores up to 62,2% against the background of some reduction in their consumption by the population.

Over the 10 months of 2017, the growth in the production of Russian greenhouses was still 26%, and there is every reason to believe that the total demand for this product will be closed by the domestic product already by 80%.

Thus, even taking into account the growth in consumption of vegetables by 2020, Russia can almost completely cover its needs for greenhouse vegetables with its own products (plus Belarus), and Turkish tomatoes, which, according to quotas, should bring in total 50 thousand tons (instead of 360 thousand tons in 2014 year) will not be needed at all soon.

In addition, they obviously lose the taste to the Russian tomato.

How are we doing about potatoes? 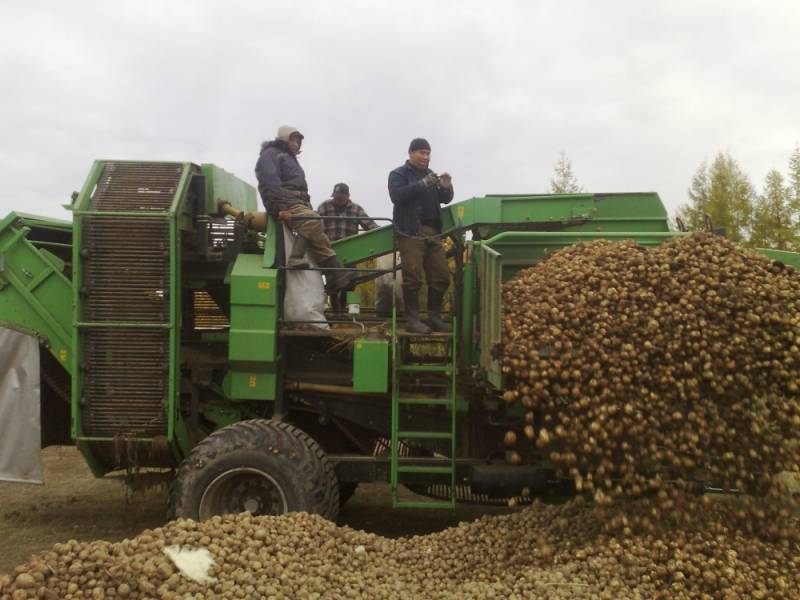 I want to say a few words about growing open ground vegetables in Russia (potatoes, cabbage, carrots, beets, onions). Initially, the situation with their cultivation was not as depressing as with greenhouse vegetables. A significant part of them were produced in household plots (approximately 70-80% of potatoes), and those that went through the shops, also came from Russian fields (100% Russia provided itself with potatoes, onions, beets, carrots, zucchini).

Let us dwell separately on potato growing as one of the most important branches of the country's food security. As mentioned above, 70-80% of potatoes in Russia are harvested from vegetable gardens. The state sector accounts for the rest of the market. Nevertheless, it is this “public sector” that is the basis of food security, since it produces the so-called seed fund for itself and private owners.

Thanks to the intensification of production and the introduction of new high-yielding varieties in Russia over the past 20 years, the average yield of potatoes has more than doubled.

By the way, this made it possible to reduce the acreage under this crop in the same amount. In Russia, there is no task to overwhelm the world with its potatoes, and it produces as much as it needs for its own consumption.

In order to preserve the trends and create a basis for the sustainable development of the industry, the Ministry of Agriculture of the Russian Federation considers the transfer of potato growing to domestic varieties of tubers to be the most important task (they now grow the vast majority of foreign selection in Russia). The program has already been completed and its implementation will begin soon. It will cost the country approximately 10-12 billion rubles, but in the end no one will ever be able to dictate any conditions to Russia in vegetable production.

Ctrl Enter
Noticed a mistake Highlight text and press. Ctrl + Enter
We are
Who blew up Turkey? The explosion in Istanbul and the "wave of terror" on Turkish soilStrangulation: the context, conduct and consequences of the American naval blockade of China
102 comments
Information
Dear reader, to leave comments on the publication, you must to register.