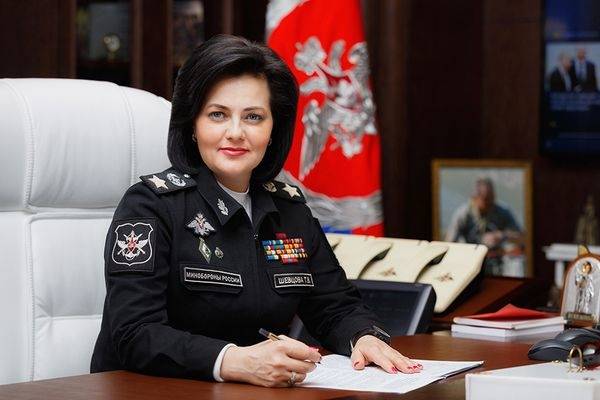 - Tatyana Viktorovna, in recent years, despite the reduction of the military budget, the Russian Defense Ministry has found it possible to save expenses on the most sensitive items, such as the purchase of weapons and military equipment, as well as the fulfillment of social obligations to military personnel. At the expense of what internal reserves and mechanisms does the military department manage to maintain the rates of rearmament taken and even index military pensions and introduce new allowances to the monetary allowances of servicemen?

- Indeed, in recent years there has been some reduction in the volume of the military budget. At the same time, as a result of the large and complex work carried out by the Ministry of Defense of the Russian Federation to determine the minimum required level of financing military expenditures, positions remain the same, the reduction of which is the most sensitive factor for the Armed Forces. The “protected” items included, first of all, the monetary allowance of military personnel, the remuneration of civilian personnel, compensation payments, as well as pensions and other payments to military retirees.

The issue of financing the state defense order was considered at various levels throughout the budget preparation cycle for 2017 – 2019 years. At the same time, consideration was held in view of the need to concentrate the allocated resources on solving the priority tasks facing the Armed Forces of the Russian Federation. The parameters formed on the basis of the results of the work carried out make it possible to ensure the implementation of the decisions taken to equip the Armed Forces with modern WWIST samples.

Also, the Effective Army program is being implemented at the Russian Ministry of Defense. Its main focus is to increase the efficiency of budget spending by reducing labor-intensive and energy-intensive processes related to the livelihoods of the Armed Forces, saving human, material and time resources, thanks to improved management and logistics processes. In 2016, as part of the implementation of the Effective Army program, direct cost reduction was about 14,2 billion rubles, and the indirect effect was at least 22,5 billion rubles.

Despite the difficult economic situation, the military department found additional reserves, sending them to cover the financing gap. So, for example, in 2016, it was possible to increase the average amount of money allowances of servicemen to 63,6 thousand rubles. Additionally, I would like to note that the implementation of the mentioned program has an obvious external effect in relation to the Ministry of Defense of Russia, since a significant number of enterprises and organizations in various regions of the country are involved in its implementation.
Thus, reducing government spending on defense, although it creates certain difficulties for us, nevertheless, by optimizing spending, it does not affect the decline in the country's defense.

- Do you admit that in the current economic conditions the financing of the State Armaments Program for 2018 – 2025 years may be under threat? Tell us, how is the financing planned for the modernization of the fleet of weapons and military equipment, and the renewal of infrastructure for this period?

- Any sequestration of expenditures on national defense is considered exclusively through the prism of reliable security of the state. As I said, the volume of budget funds allocated for the implementation of the SAP is the basis of the budget of the Ministry of Defense of Russia. They are to a certain extent guaranteed.

The reduction in government spending on defense, although it creates certain difficulties for us, nevertheless, by optimizing spending, it does not affect the decline in the country's defense capability. 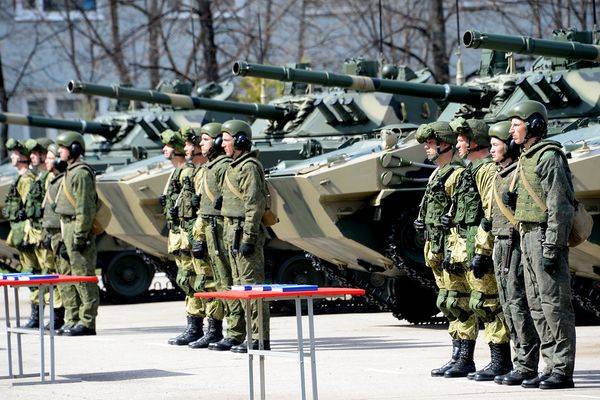 At the same time, the need to synchronize the HPO activities with the activities of material and technical support, combat training, recruitment and training of personnel and the construction of infrastructure has become the main principle of the formation of basic (physical) indicators. Such as the number of units of equipment, the number of personnel, the volume of resources consumed, the area of ​​objects and the like. In the course of budgeting, existing standards, regulations and tariffs, as well as forecast indices of the Ministry of Economic Development, were applied to these indicators. As a result, we have determined the necessary amount of funding for the next fiscal year, which will allow us to qualitatively carry out the tasks assigned by the Supreme Commander of the Armed Forces of the country.

- Does the Ministry of Finance always take the side of the Ministry of Defense in matters of forming the military budget? How can you characterize the built interdepartmental interaction?

Also, one of the results of the joint work is the introduction of amendments to the Budget Code of the Russian Federation, allowing the Ministry of Defense of the Russian Federation to redistribute up to 10 percent of the budget funds provided for the support of activities. This enabled our department to quickly maneuver financial resources, increasing the efficiency of their use, including for solving extraordinary tasks.

- Since 2015, the Ministry of Defense has a system of interdepartmental financial control over the financing of state defense orders. What are the main results of her work?

- The creation of the aforementioned system conceptually changed the awareness of the state customer and all participants in the execution of the state defense order. Now it is possible to work with complete, timely and reliable information about how each budget ruble allocated for the state defense authority is used. At the same time, we receive data on cash flow in real time, assess the quality of the existing cooperation, and plan a balanced advance policy. Thanks to the monitoring system, there are statistical data on calculations for state defense orders. Thus, the bulk of the funds (57 percent) was sent by the principal executors for settlements with cooperation. Priority payments such as salary and social benefits, tax payments to the budget system, payment of utilities amounted to more than 30 percent.

It is worth noting that the system of interdepartmental financial control over the financing of the state defense order has created conditions that impede the implementation of cash-withdrawal schemes. The system allows you to analyze the movement of finances for any type of payment in the context of any subject of the Russian Federation and any organization, to evaluate and minimize the risks of non-performance of contracts.

In 2016, we switched to quarterly advance payments of state defense contractors in accordance with the production and technological production cycle. This made it possible to ensure an even use of budget allocations allocated for the implementation of the State Armaments Program, reduce the gaps in revenues and expenditures of the federal budget, increase the liquidity of the single budget account, and was the result of ongoing systematic work on tough upfront policies with regard to the OPK organizations that did not fulfill their commitments fulfillment of the state defense order.

- Do you agree that the most difficult period of the past years, associated with the formation and execution of the departmental budget in the face of economic difficulties, is over? What difficulties did you encounter during this period and how were problem issues solved?

- I would like to note that the 2014 – 2016 period was indeed not easy, however, we passed it with dignity, preserving, and for the most part, improving performance in many areas. Responding to modern threats and challenges, the large-scale modernization of the Armed Forces continues. The high level of the country's military security, even in difficult conditions, guarantees the stability of our economy, the confidence of citizens in the future. Positive trends have been, are and will be, and we still have a lot of difficult, responsible, but without a doubt, necessary work ahead.

Ctrl Enter
Noticed a mistake Highlight text and press. Ctrl + Enter
We are
Military reform as an integral part of the security concept of the Russian Federation: Systematic dynamic assessmentIndexing is canceled
35 comments
Information
Dear reader, to leave comments on the publication, you must to register.