October 30 2017
42
Following the "veterans" of the ATO, who announced the formation of a battalion to protect the unity of Spain and who were ready to speak on demand in support of the Spanish king Philip VI, the "National Corps" also gathered in Catalonia


In their video message posted on YouTube, the militants of the Ukrainian party National Corps (created on the basis of the national battalion Azov) expressed support for the Spanish nationalists and their readiness to fight against the independence of Catalonia. 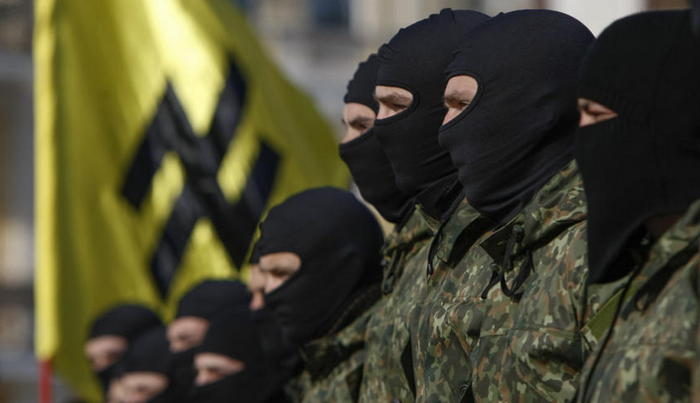 Now, when our confreres from Spain are facing the problem of Catalonia, we are talking about our solidarity with the Spanish nationalists. Crimea and Donbass is Ukraine. Catalonia is Spain. Spain, as well as Ukraine, united and conciliar
- emphasized militants.

In the video also several dozen people light flares against the background of the inscription on the fence about the unity of Spain. Created in the 2014-m battalion "Azov" later reformed into a regiment. His fighters participated in hostilities against the Donbas militia.

Ctrl Enter
Noticed oshЫbku Highlight text and press. Ctrl + Enter
We are
Catalonia: the beginning of the "parade of sovereignties" or a fight of elites for privileges?Who and why 40 years ago began to prepare Catalonia for independence
42 comments
Information
Dear reader, to leave comments on the publication, you must to register.