US coalition responded to accusations of transforming Racca to Dresden 1945

October 28 2017
68
The command of the US-led international anti-terrorist coalition does not agree with the statement of the Russian Defense Ministry that Syrian Raqqa was “wiped off the face of the earth” during the operation to liberate the city from militants of the Islamic State terrorist group (IG, banned in Russia). Dresden in 1945, said coalition spokesman Colonel Ryan Dillon. 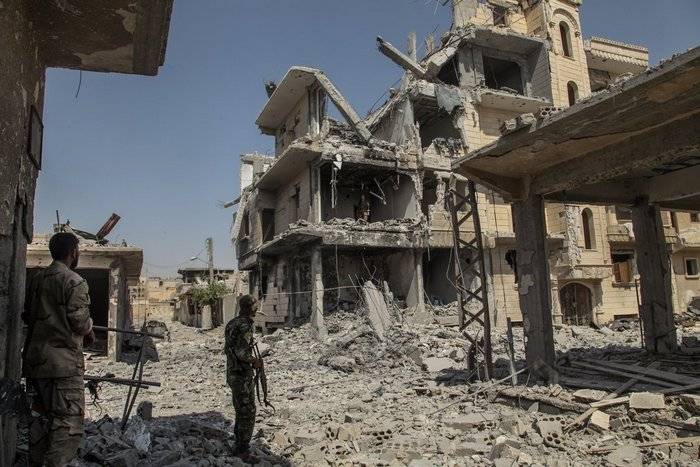 We are making more efforts to prevent civilian casualties than anyone else. The damage that was caused Raqqah, lies entirely on the IG
- noted Dillon.

Of all the munitions that we dropped in three years, less than 1 percent, or more precisely 0,3 percent, resulted in civilian casualties
He pointed out.

The destruction of civilian infrastructure in the city of Dillon explained that for more than five years, Racca was the scene of armed conflict between several warring parties.

The Russian Ministry of Defense made accusations against the United States on October 22. The representative of the department, Major General Igor Konashenkov, stated that "Raqqah inherited the fate of Dresden 1945 of the year wiped off from the ground by the Anglo-American bombardments." He also pointed out that during the operation to liberate the city, many civilians were killed.

Ctrl Enter
Noticed oshЫbku Highlight text and press. Ctrl + Enter
We are
Coalition announced the release of militants IG * more than half Raqqi
68 comments
Information
Dear reader, to leave comments on the publication, you must to register.