Liberals in search of dictatorship 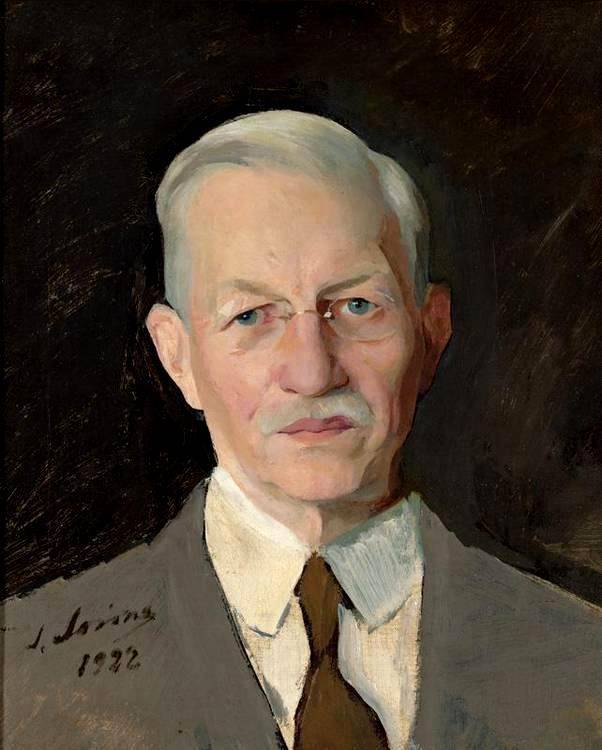 Liberalism is a doctrine that advocates for guarantees of private property, civil rights, and the rule of law implemented by a multiparty system. So on paper. In fact, especially in the era of revolution, contradictions may arise between these principles. And then the protection of private property can turn into social elitism, requiring dictatorship.

So long as the liberals - and in Russia 1917 of the year, in a party sense, these are primarily constitutional democrats - were fighting for power against autocracy, they were in favor of the government responsible to parliament. However, having obtained power, the liberal Provisional Government, first of all, deprived the Duma of power. As in autocracy, the legislative and executive branches were in the same hands.

In the spring of 1917, the Duma’s authority in the country was still high. Although political leaders for the most part opposed the resumption of its activities as a monarchist body, elected by an authoritarian "third June" law. At the same time, the Soviets could not be perceived as the representation of the people, since a part of the society was not represented in any way. As a result, the government decided not to report to anyone at all. But not for long - just before the elections to the Constituent Assembly. True, there was a discussion about when to collect it. The Cadets were in favor of the purity of the elections, and in Russia this meant a long preparation. It is desirable to do until the end of world war. The people in the meantime will calm down, cease to be carried away by socialist little ideas. At the same time, in contrast to the aggravating socio-economic crisis and war weariness, the people became more and more radical. And the left demanded the early convening of a Constituent Assembly, which could consolidate the outcome of the revolution.

When it came to social and economic transformation, it was more difficult for liberals to act. The situation assumed government regulation of the economy. 25 March The Provisional Government decided to transfer the grain to the state. Characteristically, this “socialist” decision was made, albeit under pressure from the Council, but at the suggestion of the Cadet Minister Andrei Shingaryov. The country took this response to the need of the day with understanding. However, he demanded a continuation, building a wider regulatory system, otherwise the restriction of trade in bread could cause, above all, an increase in the deficit.

At the same time, the liberals were not ready to deepen the transformation. The liberal program, based on the protection of private property and the continuation of the war until victory, opposed the sentiments of the masses and could be imposed on them only by force. Although the liberals did not have the strength, because the soldiers were striving for an early peace, did not trust the officers and were not ready to participate in the military coup. This was shown by the events of the April crisis.

The Cadets, led by Foreign Minister Pavel Milyukov, turned out to be very belligerent, hoping to “get their own way” - to participate in the section of the Austro-Hungarian and Ottoman Empire, and to get compensation from Germany for the costs of the war. And while the policy aimed at annexing and receiving contributions from the enemy continued, it was impossible to reach a peaceful compromise, which did not suit the socialists - for the most part supporters of the world without annexations and contributions - the soonest peace "draw."
Milyukov’s opinion was shared by most of the cadets. With a storm of applause, Fedor Rodichev said at the March 26 party congress: “Where are the annexations? And Constantinople? Who are we going to annex it? Turks? Hall calmed down in perplexity. Indeed - who, if not the Turks? “Gentlemen, you know that Constantinople is not a completely Turkish city. You know that there, if memory serves me correctly, 140 is thousands of Turks, the rest are Christian Greeks and Jews. ” Well, of course: a hundred thousand Turks do not count. And the God himself ordered the Greeks to live in Russia, and not in Turkey or some Greece. Not to mention the Jews. What are the annexations here!

The cynical logic of the chauvinist liberals stumbled upon the resistance of the peacekeepers from the Council. In order to preserve its influence on the Soviets, for which the masses of metropolitan soldiers and workers stood, the Provisional Government maneuvered and adopted a peacekeeping declaration. Allies on the Entente demanded certainty: is Russia going to fight in full force for its former goals?

April 20 was published note to the allies, prepared by Milyukov and after discussion adopted by the government. It talked about the war before victory (which excluded a quick compromise peace), after which the “democratic states” (that is, the Entente) would impose “sanctions” capable of preventing a new war. The socialists felt betrayed and did not allow themselves to be faced with the fact of a change in the foreign policy line of the government towards imperialism. They brought soldiers and workers to the streets of Petrograd.
There were heated debates in the government whether it would be possible to seize the opportunity and seize all power by suppressing the Council. 21 on April, the commander of the Petrograd Military District Lavr Kornilov, on the orders of Alexander Guchkov, attempted to call two batteries of the Mikhailovsky Artillery School to Palace Square, but the assembly of soldiers and officers decided not to give him guns. New January 9 did not take place, and Kornilov resigned.

Since it was impossible to crush the left, it was necessary to direct their energy to the benefit of the government. And this was executable only if Milyukov was excluded from the “hawk” cabinet.

In vain, Pavel Milyukov convinced Prime Minister Georgy Lvov to establish a firm power, ready to crush the left. In the setting of spring 1917, these proposals were completely inadequate. Milyukov first claimed that he would not remain in the government in the event of a coalition with the left, but then he began to divide portfolios, experiencing a new humiliation: he was offered the post of Minister of Education. Miliukov refused to educate citizens in such conditions and left the government.

Milyukov himself was now inclined to the tactic "the worse, the better." He said in a circle of comrades-in-arms: "The sooner a revolution exhausts itself, the better for Russia, for the less crippled it will emerge from the revolution." Realizing their counter-revolutionary mission under the prevailing conditions, the Cadets continued to hesitate between "trying to stop" and "stepping aside is not our business." However, no matter how they acted, the revolution continued to deepen for a long time. And she could not help but go deep until she found herself somehow or completely resolving her social problems.

On May 5, the Lvov government was reorganized: it included not only Cadets and other liberals (nine ministers), but also six socialists. The Cadets and the Socialists had a different view on the strategy of social transformation. At the same time, the influence of the Cadets among the masses was rapidly falling, so that under these conditions there was no chance for them to insist on their project of transforming Russia. And if so, it was necessary to “freeze” the revolution, postpone the transformation until better times.

Therefore, the Cadets and right-wing socialists, such as Alexander Kerensky, saw a way out in that at least until the Constituent Assembly, and preferably until the end of the war, to slow down social transformations.

In order not just to freeze the crisis, but to start treating it, we need social transformations - at least moderate ones. So that people understand: something is being done. And in a coalition, the liberals stood to death: no social changes before the Constituent Assembly, you can not prejudice the will of the people. In fact, they easily “anticipated” this will by conducting a series of transformations in March-April, when the government was liberal. But now the question of land ownership has arisen, and then the Cadets "showed their principles." They also rejected the agrarian proposals of the land minister, Social Revolutionary Viktor Chernov, and the Mensheviks' proposals for regulating industry.

On July 2 they left the government altogether and with great difficulty only July 24 allowed to persuade themselves to return - now to the government of the right-wing socialist Kerensky. And at that moment they had a new hope of regaining leadership. On July 24, the new Commander-in-Chief Kornilov left for GHQ.

Kornilov immediately began to intervene in politics, expressing views close to the Cadet. He demanded the elimination of the Soviets and army committees, the partial militarization of the rear. Especially the general insisted on the introduction of the death penalty in the rear, and it was obvious that it would be a question of execution not only of criminals.

The Cadets provided him with political support. When 13 August Kornilov solemnly arrived in Moscow to take part in the State Conference, he was greeted by a crowd of fans, on whose behalf the cadet Fyodor Rodichev pathetically said: “Come, lead, and save Russia.”

However, at the same time, one of the cadet leaders, Vasily Maklakov, told the leader of the Union of Officers Colonel Ardalion Novosiltsev: "Tell General Kornilov that we are provoking him." The cadets "provoked" more than one Kornilov. In June 1917, Milyukov secretly led through the Union of Army Officers and fleet probing negotiations with Admiral Alexander Kolchak (recently withdrew from the Black Sea Fleet) on the possibility of transferring temporary power to the military. True, on August 20, the majority of the Cadet Central Committee spoke out against the establishment of a military dictatorship. Although it was an official political position.

An attempt to establish the right dictatorship will encounter fierce resistance, and 27 – 31 August, during the Kornilov speech, and later, when this dictatorship will be established by white generals. Already in August, the Cadets faced the problem of attitudes towards the right dictatorship: to keep themselves in politics and abandon democratic slogans or remain idealists outside of real politics. Milyukov answered this question in the following way: “Life pushes the society and the population to the idea of ​​the inevitability of a surgical operation. This process takes place without us, but we are not in a neutral position towards him: we call on him and sympathize with him to a certain extent. ” However, it would be good for others to do the dirty work of introducing repression and defeating the Soviets, after which the Cadets could inherit power without smearing white gloves.

In this case, the performance of Kornilov failed. Well, it was necessary for a while to return to the democratic slogans on the eve of the elections to the Constituent Assembly. But this few people convinced. Supporters of the right "order" voted for the Cadets, and those turned out to be 4,5%.

However, the situation at the time of the election has changed radically - the Bolsheviks came to power. The Cadets became active and organized fighters against Soviet power. The Bolsheviks reciprocated. Already on November 28 of 1917, they adopted a decree on the arrest of "leaders of the civil war", which included members of the leading institutions of the cadets. Later, the Cadets actively supported the White movement, which materialized the liberal dream of establishing a military dictatorship to pacify the raging masses. However, the dream did not last long.

Ctrl Enter
Noticed a mistake Highlight text and press. Ctrl + Enter
We are
Chernobyl notebook. Part of 3The development of the military-industrial complex of the Russian Empire in the years of WWI
37 comments
Information
Dear reader, to leave comments on the publication, you must to register.