October 26 2017
36
Ukraine sent to the European Court of Human Rights (ECHR) new materials on the case of events in Donbass, reports RIA News report of the Minister of Justice of the Republic Pavel Petrenko. 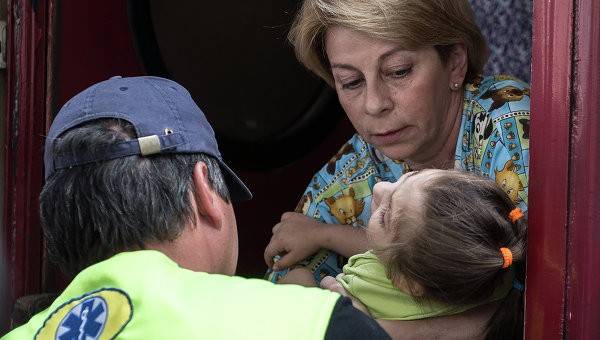 According to the minister, a few days ago, “the Ukrainian side sent documents to the ECHR, including the testimony of more than one hundred witnesses in the second case concerning the accusation of Russia in the abduction of orphan children from Donbass”.

Thus, we closed our legal part according to our statement in connection with the events in the Donbas in 2014,
he said.

Petrenko also stated that Moscow “has no weighty arguments and facts” to refute these materials.

The publication reminds that in the last 3 of the year Kiev filed five lawsuits against the ECHR against Russia. Four of them contain allegations of human rights violations in the Crimea and the Donbass, and another one includes charges of “abduction of orphans and disabled children”. According to the Ukrainian side, Moscow helped the "separatists" to take them out of the country.

Ctrl Enter
Noticed a mistake Highlight text and press. Ctrl + Enter
We are
New Navy ships of India: INS Kolkata and INS KamortaA gift for Mikhail Khodorkovsky: get it, sign it
36 comments
Information
Dear reader, to leave comments on the publication, you must to register.