An attempt on Mosiychuk in Kiev. The guard of the people's deputy I LIE died

October 26 2017
45
The night before in Kiev, an attempt was made on the parliamentary deputies Igor Mosiychuk. The press service of the deputies said that the explosive device worked at the moment when Mosiychuk was leaving the office of the Ukrainian TV channel Espresso. Stated that there was a directed explosion. Mosiychuk received multiple injuries and was taken to the clinic.

A few hours later, Mosiychuk’s guard died of his injuries in hospital. The people's deputy was operated on, doctors estimate his condition as “moderate”.

From the material of the press service:
The operation was successful. Doctors assess the state of Igor Mosiychuk as moderate. Now he was transferred to intensive care, he already came to his senses and conveys words of gratitude for his support.

In connection with the incident, the SBU opened a criminal case under the article “terrorist act”.

From the message of the editor of shopping mall "Espresso":
At 10 hours (evenings, local time) we ended our live broadcast. Balla (political analyst) and Mosiychuk in 22.01 left the studio and went to the guest couch, where they discussed the topic of conversation for another minute. Then they went up the steps to the 1-th floor. Seconds through 30, there was an explosion, which laid the ears 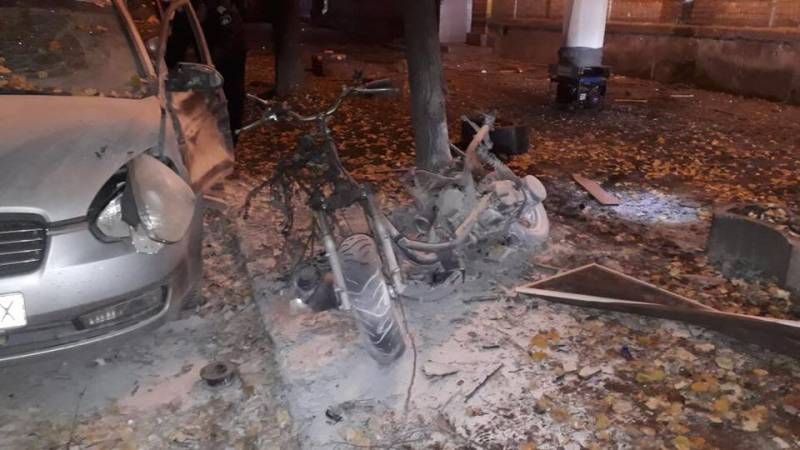 According to preliminary data, the explosive device was mounted on a scooter parked outside the office of the TV channel.

Ctrl Enter
Noticed a mistake Highlight text and press. Ctrl + Enter
We are
45 comments
Information
Dear reader, to leave comments on the publication, you must to register.