"The Right to Know": strategic frivolity

October 25 2017
17
The program of Dmitry Kulikov was made by Fyodor Lukyanov, the scientific director of the Valdai Club, whose October meeting in Sochi was an event in broad political circles. Vladimir Putin’s speech on this “Valdai” is compared to the Munich speech of 2007 of the year, so he celebrated her tenth anniversary. Although it did not contain any special attacks on the West, in the Western capitals it was considered a continuation of Putin’s harsh Munich speech about Russia's independent political course. Maybe they were waiting for concessions under the action of their sanctions, and Putin said that Russia would react "immediately and mirror" to the unilateral actions of the United States? 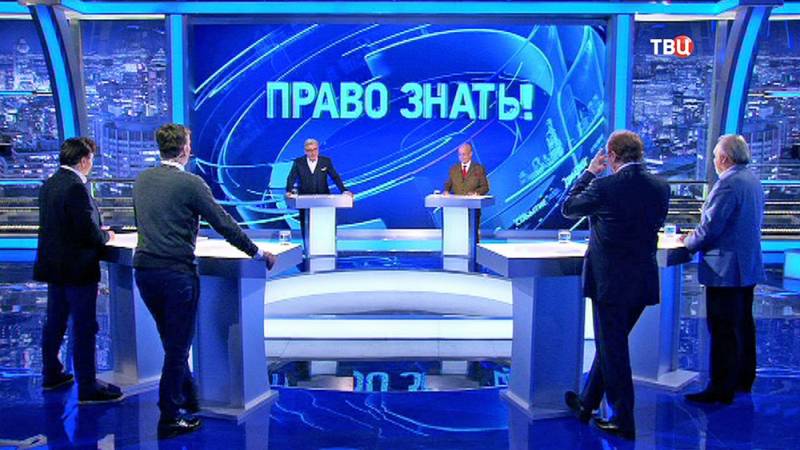 This Valdai was also remembered by its participants by a new term - “strategic frivolity”, reflecting the current unstable times in big politics. They are mainly connected with the unpredictability of the administration of the US President Trump, who is shocking at his statements and actions towards North Korea and not only his Western satellites. America still defines the global political atmosphere in which we all live.

There were both quite pessimistic statements that “extreme times are coming” and existential questions: is this the threshold of the collapse of the world or the creative destruction of the old world for the construction of the new? On this occasion, Lukyanov recalled the “good old Marxism”: “We will destroy the whole world of violence, to its foundations,” and noted that this time the foundation of the world could not withstand, given the great advances in military technology.

In general, on this “Valdai” they came to the conclusion that the world is heading towards defragmentation, and the USA is creating fashion with Donald Trump with his slogan: “America first!” All countries try this slogan on themselves. The American elites at Trump plunged into some kind of self-destruction, schizophrenia with hysteria about Trump's secret connections with Russia and the ubiquitous, but elusive “Russian hackers” who successfully undermine democracy throughout the West. But American democracy alone cannot plunge into such a crisis! ..

Therefore, the United States sees in Russia an enemy that needs to be weakened, and better destroyed. But then what is the point of Russia trying to improve relations with the United States? This is perceived in Washington as a weakness, and hysteria is intensifying: Russia is inferior, you need to crush it. Perhaps that is why Putin said about the “immediate and mirror” response actions of Russia: for American hysterics, this is, of course, a slap in the face, but it will benefit them when they cool off.

The key word in Valdai was "respect." At such sites it is possible, but it is no longer in big politics. President Trump threatens the destruction of the whole country, his subordinate, the director of the CIA Pompeo threatens to kill the North Korean leader. It’s not the threats themselves that are terrible here, the CIA has been involved in the killing of entire countries and foreign leaders before, but the publicity, the cynicism of these statements, which spins the world in irresponsibility. After such statements, the key word in the world is “irresponsibility”, which other leading Western politicians demonstrate following. Against this background, Vladimir Putin is becoming the world's leading leader, together with comrade Xi Jinping.

Another theme of Valdai is the macro-regionalization of the world around new world centers, one of which is Russia. “Russia is no longer on its knees, it has already risen,” said Lukyanov, so we successfully defend our interests in the Middle East and in the world. At the same time, Russia relies on its technologies, and develops them, despite the sanctions, and somewhere - thanks to Western sanctions.

And about democracy ... Everywhere they talk about the crisis of democracy, political life everywhere turns into a farce, the old parties and party systems of the countries are collapsing, in France this was clearly demonstrated by the phenomenon of Macron, who jumped out of the box. Around the world, a large-scale political reorganization is underway, and it is not clear where it will lead. Although it is already clear that leadership political systems are beginning to prevail. In Germany, leadership is associated with the name of Chancellor Merkel, in France Macron claims for this role, in America - Trump, in China - Xi Jinping, in Russia - Vladimir Putin. And any leadership system, whatever it may say, is the “presidential vertical” that put Russia on its feet under Vladimir Putin ...

So what can we expect from this “strategic frivolity”? Unfortunately, the “Valdai” did not recall those prophets who, even in the last century, warned of the inevitability of an acute crisis and the collapse of world liberalism, our dissident philosopher A.A. Zinoviev wrote a lot about it, “The 21st century will be much more tragic century of the twentieth.

Liberalism set foot on the road of communism, after all, the chicks are from the same nest, ”wrote the researcher of the two Alexander Zinoviev. But the liberal western edition of the communist idea of ​​the "kingdom of freedom" and the consumer paradise on earth "was offended by the primacy of Russian communism", and ostracized and defamatory it to totalitarianism and authoritarianism. And she stepped on the path of authoritarianism and totalitarianism, as evidenced by the revelations of ex-CIA officer Snowden, Assange and other fugitives from the American matrix.

The world crisis, which Alexander Zinoviev predicts, most likely, cannot be avoided, you need to prepare for it, and only hope for the best. It is possible, according to the biblical analyst: "What was - that will be." “Everything is back to normal”.

Fyodor Lukyanov did not answer only one question: “What does Russia want in Ukraine? - I do not know". Although Vladimir Putin directly answered him at Valdai: “Russia needs a friendly Ukraine.” Political scientists perceive these words of Putin as a common phrase, a pretense, but in vain. It consists of the “strategic frivolity” of Russia's policy towards Ukraine.

Now Bandera Ukraine is not even friendly to the United States, since Donald Trump came to the White House, but to the remaining globalist corridors at the State Department and personally to Senator John McCain. By the way, the US special representative for Ukraine Kurt Volker is an employee and like-minded McCain, that is, a representative of these very globalist corridors of the State Department.

Ctrl Enter
Noticed oshЫbku Highlight text and press. Ctrl + Enter
We are
Project "ZZ". Moscow votes for Clinton!Results of the week. "Well, do not change me because of every idiot!"
Military Reviewin Yandex News
Military Reviewin Google News
17 comments
Information
Dear reader, to leave comments on the publication, you must to register.