October 24 2017
27
Militants of the Islamic State terrorist group (IG, banned in the Russian Federation) currently control no more than 5% of the territory of Syria, said Russian Defense Minister Sergei Shoigu.


According to him, in two years of operations of the Russian Aerospace Force, 948 training camps, 666 ammunition factories, about 1,5 thousand units of military equipment of militants were eliminated in Syria. 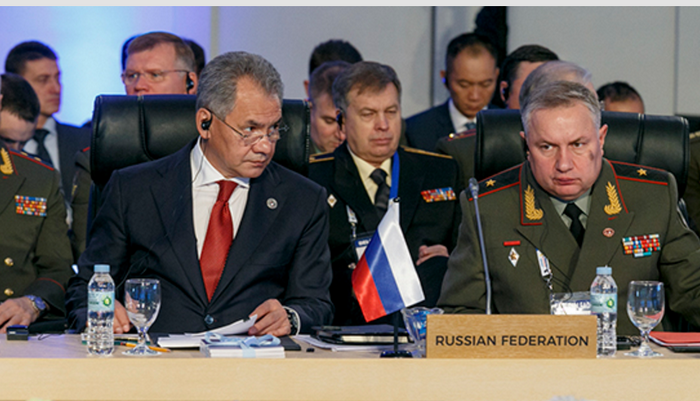 Today, the IG controls less than 5%, before the start of the operation of the Aerospace Forces (Russia), the IG controlled more than 70% of the territory of Syria
- Shoigu said at the fourth meeting of the members of the Association of Southeast Asian Nations (ASEAN) and dialogue partners (“SMIA plus”).

998 cities and towns freed up, 503 vacated area thousands of 223 square kilometers. Eliminated most of the militants. The process of restoring a peaceful life in the country has begun. From the beginning of the operation of the Russian Aerospace Force, from 2015, 1 million 126 thousand people have returned to their homes. Only in 2017 year - 660 thousand
- said S.Shoigu.

Also, the Minister of Defense noted that in two years of participation of the Russian Aerospace Forces in military operations in Syria, the financial support of the Islamic State was actually stopped at the expense of the oil industry.


Before 2015, about $ 3 billion a year was earned by ISIS from oil sales in Syria, in some periods up to $ 10 million per day. Today, ISIL’s financial support from Syria has almost ceased
- said S.Shoigu