In Deir ez-Zor, the Syrian army deployed the T-72, modernized by the Italians

October 24 2017
21
During the fighting in the province of Deir ez-Zor, the SAR army used all the available combat potential. Currently thrown into battle Tanks T-72, modernized with the help of Italian experts, reports Messenger of Mordovia. 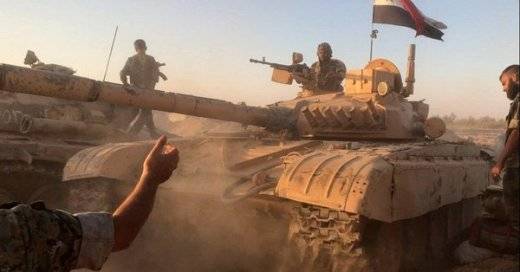 According to the agency, before the advent of the T-90 and T-72B3, these combat vehicles were considered the most advanced in Syria and were used by elite units, for example, as part of the 105 presidential tank brigade.

The Italian assistance provided in 90's was to equip tanks with modern sights that were part of the TURMS-T fire control system.

“The sight stabilized in two planes has a laser range finder and a second-generation thermal imager. This makes it possible to detect targets at a distance of 5 th. M. By day and 4 th. M at night. The presence of a digital ballistic computer provides a high accuracy of destruction, ”the article says. 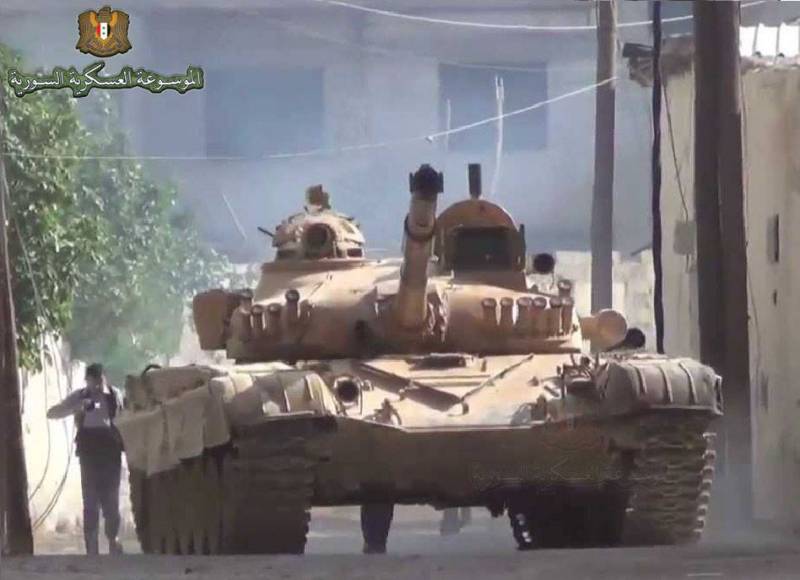 A total of 120 tanks were improved. During the war years, some of the cars were lost. Therefore, the "Italian" T-72 is not too often involved in the battles. However, the battle for Deir-ez-Zor is now one of the most important battles of the Syrian war, and the best is directed at this direction, writes the author of the article Lev Romanov.

Ctrl Enter
Noticed oshЫbku Highlight text and press. Ctrl + Enter
We are
The Iranian rocket plant in Banias was too tough for the Israeli Air Force. What does Tel Aviv fear? Details of the fight for Deir-ez-ZorChina expands its amphibious capabilities
21 comment
Information
Dear reader, to leave comments on the publication, you must to register.