October 24 2017
87
Unmanned aerial vehicles and reconnaissance aircraft of the United States regularly fly around the southern borders of Russia to monitor changes in the grouping of troops and forces of the Southern Military District (YuVO), as well as the construction of the Crimean Bridge, said the 4 Army commander of the Air Force and Air Defense General Lieutenant Victor Sevostyanov.


According to the commander, US strategic drones Global Hawk and RS-135 and P-8A Poseidon manned reconnaissance aircraft regularly fly in the army’s area of ​​responsibility. 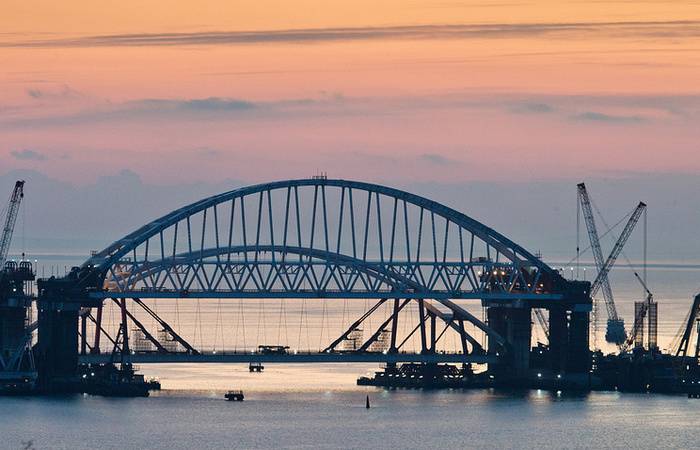 Obviously, the main task is to promptly identify changes in the grouping of troops and forces of the Southern Military District. I do not exclude that foreign intelligence services are also interested in the pace of construction of the Crimean Bridge
- he said.

The main routes of their flights run along the Black Sea coast from the western part of the Crimean peninsula all the way to Sochi. This year, the fighters of the association performed more than 100 flights to escort American reconnaissance aircraft, while in more than 70% of cases it was about drones.

The Krymsky Bridge with a length of 19 km is being built as part of the federal target program "Social and Economic Development of the Republic of Crimea and the City of Sevastopol up to 2020" without attracting extrabudgetary funding. The beginning of the movement of cars on the bridge is scheduled for December 2018, the trains - for December 2019, transmits TASS.

Ctrl Enter
Noticed a mistake Highlight text and press. Ctrl + Enter
We are
NATO will spend 3 billion euros on the program Global HawkPentagon canceled Global Hawk Block 30 program
87 comments
Information
Dear reader, to leave comments on the publication, you must to register.