Ukrainian battalion commander: “We are just born saboteurs and scouts”

October 24 2017
74
The commander of the fifth separate battalion of the extremist "Ukrainian Volunteer Army" Vladislav Litvin said that the Ukrainians are born saboteurs and soldiers, reports RIA News. 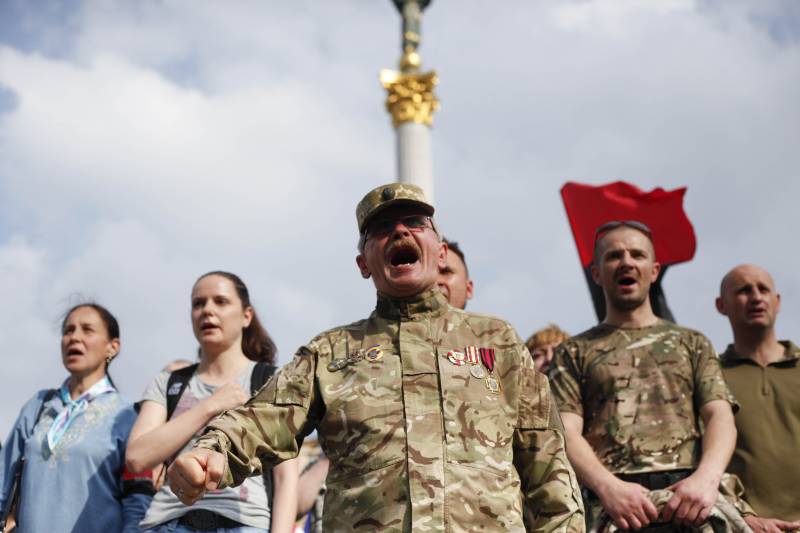 Ukrainians have a warrior gene in their blood. We are simply born saboteurs and scouts, because it was necessary to still manage to calm down in the forest normally,
Lytvyn said in an interview with the publication "Apostrophe."

According to him, "it is difficult to find another nation that would constantly be in a state of war."

Ukrainians were present in all wars. These international battalions and so on sausage all over the world, starting from Vietnam, ending with some Afghanistan ... there are a lot of Ukrainians in these battalions,
said the battalion commander.

“Ukrainian Volunteer Army” was founded by the ex-leader of the “Right Sector” (organization banned in the Russian Federation) Dmitry Yarosh. Earlier, he said that the return of uncontrolled territories of Donbass is “a plan not for decades, but for a much shorter period”.

Ctrl Enter
Noticed a mistake Highlight text and press. Ctrl + Enter
We are
74 comments
Information
Dear reader, to leave comments on the publication, you must to register.