Russia is attacked, defense is torn in places, there are victims

October 24 2017
185
Attacking us is only a fraction of a percent, but their name is legion. Hermaphrodites, transgenders, lesbians and zoolozhtsy, some gay, bi, pi and ne ... Surely I missed dozens more names and definitions, but a normal person cannot understand this perversion. But this is normal. Raised outside the tolerant political correctness of the West. The West, which for decades has been gradually imposing a new view on the world around it and gradually changing the concept of “normal”.

We have. In Russia. Until.

Within the western coordinate system, any deviation from the norm is considered the norm. Sorry for the tautology, but what is happening "behind the hill" is increasingly forcing nostalgically to recall the lost "iron curtain".

"Dashing 90-e" scattered our large family throughout Europe. Having traveled around dozens of countries, annually gathering somewhere in Montenegro or Maroseyka for a “family council”, we inevitably share new impressions of the “bright tomorrow” that we were so eager to get into. And some even hit.

The material well-being, earned by sweat and blood, does not justify Europe, which changes before our eyes, as in a crooked mirror. And after all, ordinary people are still almost unable to change anything. In the patriarchal towns, suddenly there appeared “centers of displaced persons” and the city instantly finds itself in a fire of crime and banditry.

Gangs of hundreds of people of "Afro-Asian appearance" periodically tsunami roll over the beaches, leaving behind a robbed and beaten Europeans. The same groups are terrorized by commuter trains. Entire quarters of European capitals are not visited by the police except as part of reinforced squads. At night, going outside is more dangerous than sitting in a trench in the Donbas.

In the EU, legislation is slowly but surely changing. On how to marry same-sex couples, how the Vatican blesses sexual perversions, how they are given up for raising children. Drugs and minarets grow, pork and politeness are destroyed in the bud. It got to the point that British scientists are quite seriously asking not to give the elderly people a place in public transport - the elderly will benefit from an active lifestyle and workload.

This is written by doctors! Well aware of arthritis and other diseases. The fact that often a person can not stand in one place, although it is able to walk and even run. Such advice "doctors" are not accidental - they are designed to change society. Just as weightlifting women and the like have changed it. Women cease to be women, men are made of middle-aged creatures, depriving a normal attitude to a woman and the very concept of "courage."

However, it makes no sense to write about the known. If it were not for one "BUT". Such a policy is aggressive. It is not enclosed within individual states - it breaks out, deliberately imposed on any state to which the pool of leading Western powers is able to influence.

The author of these lines went with the Cossacks and the Orthodox to protest against the gay parades in Kiev before the armed coup. And we managed to reduce them to the shamefully hidden show of several dozen perverts, hidden under the dense rows of thousands of policemen.
But as soon as the second Maidan happened, it seemed that thousands of armed nationalists opposed to such parades turned out to be powerless - apart from all other misfortunes, the ruins of Ukraine are captured by the same “Western values”.

And if only the case was limited to underdeveloped countries. No, the policy of transforming humanity into middle-class degenerates is all encompassing.

I already wrote that Britain is lobbying in the UN for changing human values ​​to non-human values ​​already in the UN (Britain on the way to the destruction of unnecessary people)
The Catholic Church, in which pederasty, pedophilia etc. became the talk of the town long ago, united with the British aristocracy, which adopted similar values ​​in the men’s closed schools.

Recently, the UK government asked the UN to "replace the term" pregnant woman "with" pregnant man "in order to respect the rights of transgender people." As explained in the British Foreign Office, changes should be made to the United Nations International Covenant on Civil and Political Rights, signed by the UK in 1976.

This document deals with the protection of pregnant women. According to the logic of the British, now there are pregnant men. "We asked the UN Human Rights Committee not to exclude pregnant transgender people from this right," the British Foreign Office said.

I cannot judge what transgender is. A woman whom everyone has removed and sewed everything on cannot give birth. As well as none of the "men", it seems to be like giving birth, does not claim to be the notorious million, bequeathed to God, when the first such child prodigy.

Apparently, the fact is that we are talking about artificially imposed false assumptions. Yes, very rarely there are cases when born as a man or woman feels that they belong to the opposite sex. It happens. I even met such people. Beautiful people with a problem. Not imposing their views on anyone.

And yes, they go for surgery to best fit. man or woman. Not transgender. Not "bi". Not zoolo ... something there. There are only two sexes.

However, this is not the case. After all, the essence is just to draw people into disputes, for which the main thing will be forgotten.

Humanity is alive as long as the majority is capable of supporting not only the change of generations, but also live according to the laws established and in the majority. At the same time, as well-being grows, giving minorities the opportunity to live in peace, without interfering with the majority and without imposing their rules and norms on most of them. Regardless of the fact that it is the construction of a pyramid in the center of Helsinki or the requirement to turn a blind eye when crossing the street, in order not to embarrass drivers with your eyes.

The perverted insanity imposed on humanity has nothing to do with human rights. Russia, still at the level of society successfully resisting this invasion, is one of the goals of this hybrid war. 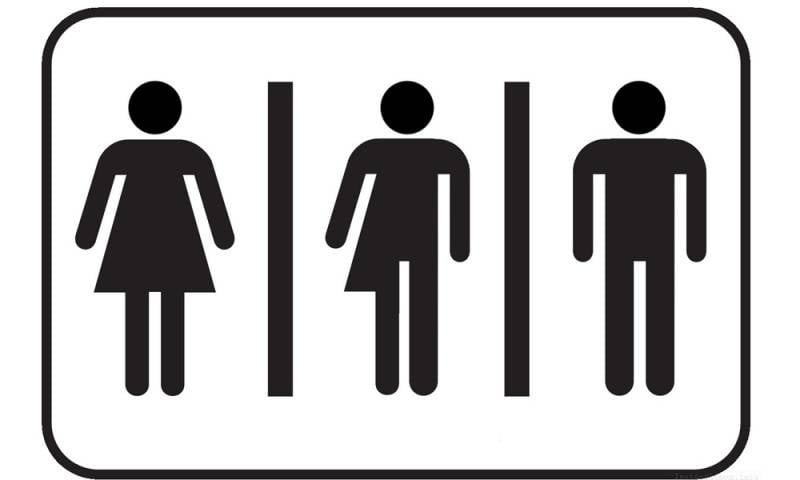