Service center for Russian helicopters to be built in Mexico

October 23 2017
16
Rostec and the Mexican company Craft Avia Center have agreed to open a service center for Russian Ansat helicopters in Mexico, and the technical details of the upcoming contract are currently being discussed. TASS message of the press service of the Russian corporation. 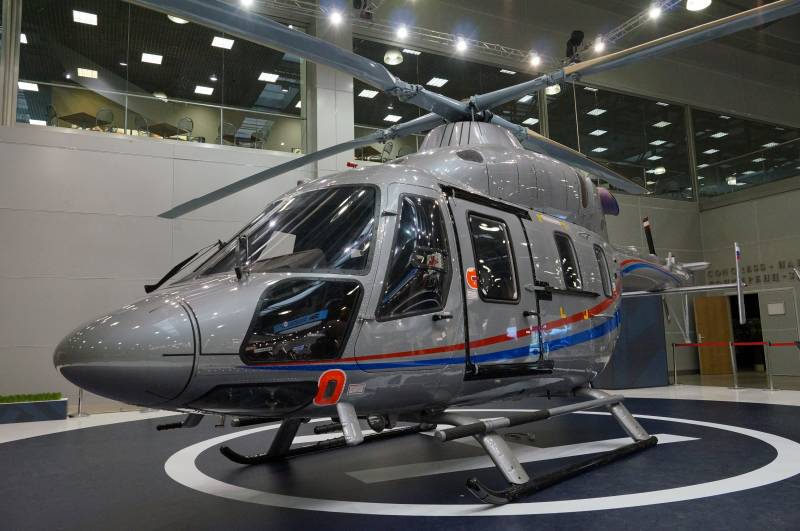 Craft Avia Center turned to us with a proposal to become a distributor of Ansat helicopters in the Mexican market. We have already prepared and sent a commercial offer for the supply of one machine, which will be used as a demonstrator to potential buyers. Now our proposal is being considered by the other party, and we hope in the near future to sign the contract,
quoted by the press service of the general director of the holding "Helicopters of Russia" (part of Rostec) Andrei Boginsky.

As the Deputy Director General of Rostec Dmitry Lelikov noted, “at the moment, the Craft Avia Center has already begun construction of a site that will house the Ansat helicopters maintenance and repair center with an area of ​​4 thousand square meters. m, as well as a showroom for the demonstration of helicopters and the sale of services for safekeeping. The center is also planned to certify.

It is reported that today the fleet of Russian helicopters in Mexico includes about 50-Mi-8 / 17, as well as two Mi-26 helicopters.

Ctrl Enter
Noticed oshЫbku Highlight text and press. Ctrl + Enter
We are
Russian arms exports. March 2017 of the yearThe action “Military service under the contract is your choice!” In Rostov-on-Don: future contract servicemen, exhibitions and “Russian Knights”
16 comments
Information
Dear reader, to leave comments on the publication, you must to register.