Nigeria was "warned" of the attacks that it is impossible to reduce dependence on the dollar?

October 23 2017
10
The Nigerian authorities supported the idea expressed by the President of Turkey to abandon the use of the dollar and the euro as the main currencies in the implementation of mutual trade. Recall that Erdogan expressed such an idea during the summit of the Big Islamic Eight, which includes both Turkey and Nigeria.


Just a few hours after the Nigerian government announced agreement in principle to use national currencies as the main trade with the countries of the Big Islamic G8, Nigeria was shaken by a series of terrorist attacks. Several explosions thundered in the northeast of the country. The bombers carried out explosions in the cities of Muna Dalti and Maiduguri. In total, three explosive devices were activated. 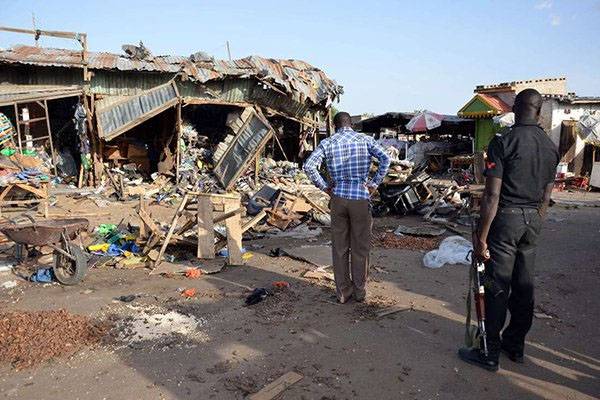 As a result of the attacks, at least 16 people died, and 16 were injured. At least four are in serious condition. This is reported by the local press with reference to the official representative of the Ministry of Internal Affairs.

Ctrl Enter
Noticed a mistake Highlight text and press. Ctrl + Enter
We are
10 comments
Information
Dear reader, to leave comments on the publication, you must to register.