Poroshenko: I will make every effort for the emergence of peacekeepers in the Donbas

October 23 2017
39
President of Ukraine Petro Poroshenko once again raised the topic of entering the UN peacekeeping mission in the Donbass. Recall that, according to Kiev, the UN peacekeeping mission should be located on the border of Donbass with the Russian Federation. This fact itself is already puzzling for one simple reason: there are no military operations on the border of Donbass and Russia.


According to the head of the Ukrainian state, he "puts all his strength" to enter the UN peacekeepers.

According to Poroshenko, peacekeepers must stand on the border with Russia, "so that troops do not enter and equipment and ammunition are not imported." 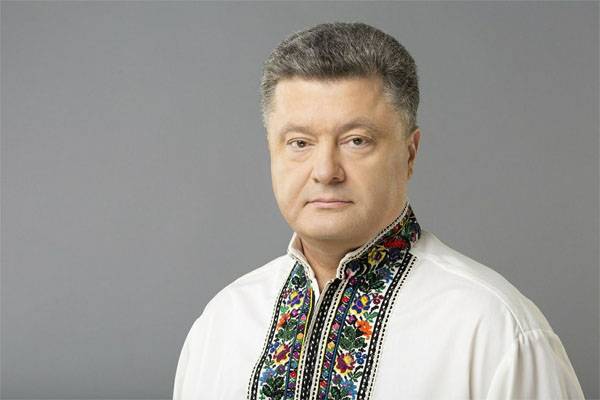 Apparently, Poroshenko is consciously trying to pretend that he is not familiar with the functions of peacekeeping missions. And these missions, as Poroshenko knows perfectly well, are participating (at least trying) in the process of establishing peace where there is no peace at the moment.

That is why, if somewhere, the mission of peacekeepers should appear, then on the contact line, where, despite the reached (repeated) agreements on an armistice, military operations continue, including shelling by so-called “dobrobat” - the illegal illegal armed groups .