October 21 2017
69
Three Russian warships were spotted near the Latvian border. This statement was made on Saturday by the National Armed Forces (NAF) of the republic. 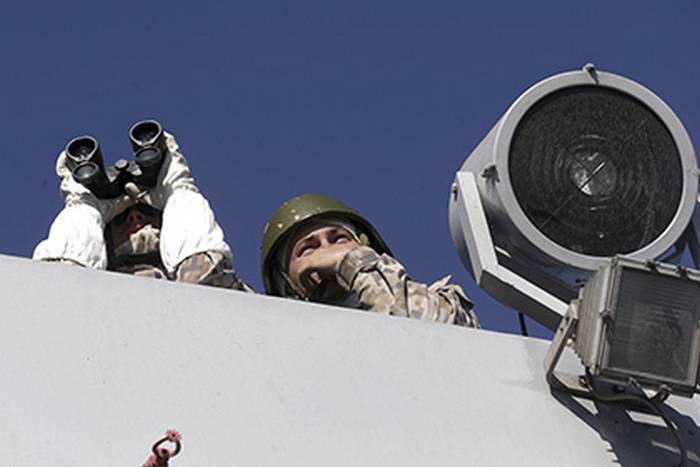 In the Latvian exclusive economic zone in 18 nautical miles from the territorial waters of October Navy 21 identified the supply ship "Irgiz" class "Bira" of the Armed Forces of Russia
- said the NAF on the page on Twitter.

In addition, in the 13 nautical miles of the territorial waters of the republic, a Russian Kilektor 1 buoy-class sura was observed, and in six nautical miles - a training ship of the Smolny class
- claim the Latvian military.

The authorities of the Russian Federation have repeatedly stated earlier that all flights of Russian military aircraft and the movement of ships are carried out in strict accordance with international law.