CIA Director: There is no opportunity to obtain accurate data on the Pyongyang nuclear program

October 20 2017
15
US News Agency Associated Press cites the statement of the CIA Director Mike Pompeo, who spoke on the nuclear status of the DPRK. According to Pompeo, North Korea "is only a few months away from a significant improvement in the state of its nuclear potential." 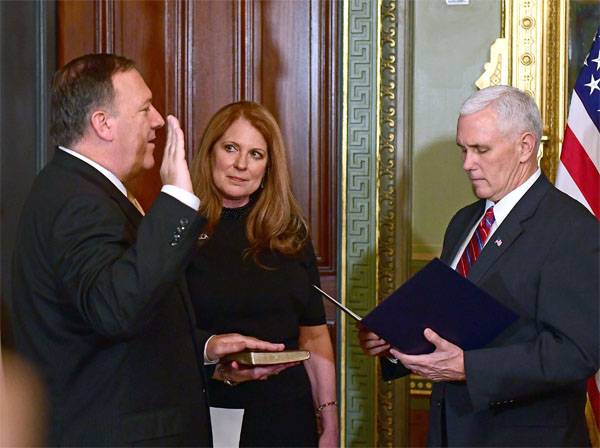 Speaking at the Washington Security Forum, Mike Pompeo stated that he puts the idea in his words that there is a significant difference between the ability to launch a single missile with a single warhead and the creation of a large number of carriers with multiple atomic warheads.

Further, the director of the CIA complained that his department did not actually cope with the tasks of timely obtaining intelligence data from North Korea. According to Pompeo, there is an “imperfect level of ability to obtain data on the DPRK nuclear program.”

Pompeo:
It is not possible to accurately determine the real possibility of North Korea in terms of possessing substantial nuclear potential.
All these statements were clearly aimed at increasing the funding of the Pompeo office and of him from the American budget.

Pompeo further stated that the process could be helped by China.

Pompeo:
China has done much to deter Pyongyang, and it can do even more.