Fake news as a tool to fight

October 20 2017
12
False (fake) news have become an instrument of political struggle, which even very serious organizations do not disdain to use. For example, in 1950, the CIA created the Free Europe radio station, which allegedly officially had to provide objective information to Eastern Europeans, but in fact, with its help, American intelligence conducted campaigns to weaken Communist governments. But how to explain where the budget of this radio station came from in millions of dollars?


CIA scout Frank Wisner created a front organization that annually conducted a campaign to raise funds to fight the lies of the Kremlin. Attention to these campaigns attracted everyone, from politicians to artists. And now, intimidated by the "global communist threat", ordinary Americans are thrown off to fight the Kremlin, creating an alibi for the CIA. One shot of two birds with one stone. Bravo! During the Cold War, not only the radio, but all the TV channels and hundreds of newspapers gave out such anti-Kremlin propaganda, which is firmly entrenched in the minds of American society and still responds.

As you know, the best defense is an attack. Some representatives of the United States launched a flurry of accusations towards Russia over its influence on the course of US presidential elections in 2016. And again with one shot of two birds with one stone: the American elite, dissatisfied with the results of the elections, decided to shift the blame for all troubles to Russia and plus support anti-Russian sentiments.

So if Russia, in their opinion, is engaged in the dissemination of fake news, why block the draft resolution proposed by Russia on the development of a mechanism to counter the spread of false news? Is it possible that your fake news is not revealed? Although they can be seen without it with the naked eye. 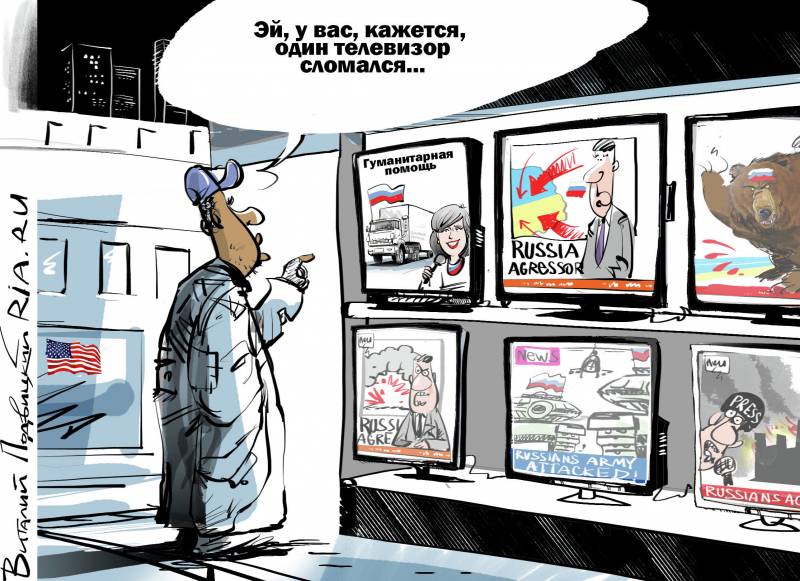