October 19 2017
4
Not far from Deir ez-Zora, General CAA Issam Zahreddin died. Thanks to strikes, the eastern part of El-Karjatin in Homs was liberated. Reports about it FAN with reference to Syrian sources. 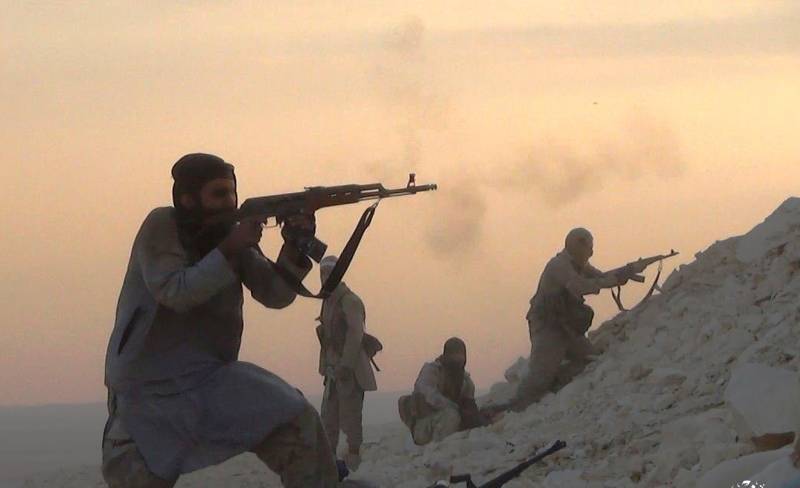 During the day, government forces several times opened fire from rocket launchers at fortified areas of the armed opposition. In the Jobar quarter in East Gute Damascus. The military personnel of the 40 Brigade of the 4 Division of the Syrian Arab Army (CAA) launched more 30 strikes against the defenses of the militants.

To the south-east of Homs, fierce battles between Syrian troops continued with the support of the Russian Aerospace Forces on the one hand and the radicals of the IG (banned in the Russian Federation) on the other. As a result of the clashes, the eastern part of the city of El Qariatane completely passed under the control of the government army. In the area of ​​the settlement, however, there are still a few hundred Islamists. After a recent counterattack by terrorists on the border between the provinces of Homs and Deir ez-Zor, the SAA, along with the assault troops and under the cover of Russian military aircraft, resumed the offensive near the town of Hamim. The troops were able to advance to the station "T-2" for eight kilometers.

Over the past day, the sappers of the Syrian Arab Army continued to demine the territory of Meyadin (Deir ez-Zor province), while the infantry units of the CAA, with the support of the Russian Aerospace Force, developed an offensive in the direction of the Al-Umar field. Fighting also continued on the outskirts of the provincial capital. Near the town of Huweijd Sakr, northeast of the regional capital, General Issam Zahreddin, his 104 Brigade, was killed for three years in the defense of Deir ez-Zor. The body of the deceased has already been delivered to Damascus.

The aircraft of the Russian Aerospace Forces and the Syrian Air Force continued to attack the objects of the terrorist coalition in the southern and eastern parts of the Idlib province throughout the day. Allied air strikes fell on Islamist fortifications near the settlements of Sinjar, Abu Zuhur and At-Tamania. Planes carrying humanitarian aid for residents of the Shiite cities of Al-Foy and Kefrai, located northeast of Idlib, came under unexpected attack from the radicals of Dzhebhat al-Nusra (grouping prohibited in the Russian Federation). However, despite the shelling, humanitarian aid was still able to deliver.

In the northern part of Hama, armed clashes between government forces and terrorist detachments were recorded during the day. Significant support for the Syrian troops and their allies was provided by the Russian HVAC, which inflicted air strikes on military targets of the radicals on the outskirts of the settlements of Al-Latamin, Al-Hazm, and Al-Hamra. On the losses of the parties are not reported.

Ctrl Enter
Noticed a mistake Highlight text and press. Ctrl + Enter
We are
Heroes go - light remainsThe situation in Syria on Google Earth satellite images
4 comments
Information
Dear reader, to leave comments on the publication, you must to register.