October 18 2017
83
As you know, Russia has no money. Native government does not make this secret. But Russian money is abroad. Soon they will become relatively American from relatively Russian. At least, some local experts think so. 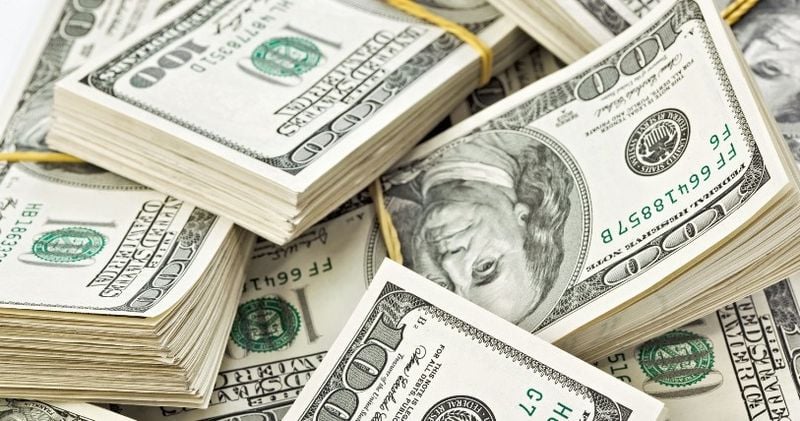 Daoffshorization in Russia has become the same meme as import substitution. There is a slogan, there is no result. It has already become clear that the “system companies” will not force them to leave the offshore: the government changed their mind! If you force, then this will create risks for the Russian economy: this is what the conclusion was made by great specialists.

Meanwhile, experts see a clear financial threat from the United States: Russia seems to have offshore money today, and Donald Trump will take it away tomorrow (in February, 2018, right before the March elections). Take away with the help of the new law on sanctions, which turned Russia into the same "bad" country as Iran and the DPRK.

There was a lot of noise about the withdrawal of Russian capital from offshore companies: still, President Putin himself had ordered about deoffshorization in due time.

The loud slogan about deoffshorization was heard for the first time in the presidential address of 2012 of the year. The head of state called for "correcting his own shortcomings."

The call was gone in vain. Or, as analysts wrote, did not give a quick effect. Everything turned out according to Chernomyrdin: we wanted the best, but it turned out as always. The outflow of capital from the country after these presidential statements only intensified.

“I’ll say frankly: the results are so far barely noticeable ...” Interfax Putin's speech. “Since nothing has been done properly in this area for a year, I have suggestions ...” (December 2013).

But then in Russia a new crisis hit. After 12 months, in December 2014, it was difficult to evaluate the so-called results of deoffshorization. In contrast to the statements in last year’s message, Putin did not even speak about the low rates of deoffshorization. I only offered a gingerbread business - an amnesty for offshore capital: "I propose to conduct a full amnesty for capital returning to Russia - exactly the full one."

In March 2015, at the congress of the Russian Union of Industrialists and Entrepreneurs (RSPP), President Putin agreed to postpone the start of off-affirmation until a “amnesty of capital” is announced.

“It is obvious that many of those who would like to fulfill the requirement of the law, for a variety of reasons, do not have time to do it within the prescribed period. Therefore, I agree with those who believe that it is necessary to extend the time for submitting notifications, ”he said. Kommersant.

In the fall of 2015, one more appeared. news on this topic from RSPP. The Union reaffirmed its position: forced deoffshorization should apply only to enterprises of the military-industrial complex or to companies with a state defense order that accounts for more than 50% of revenue over a three-year period. "The introduction of the requirement of mandatory registration in the Russian Federation for other companies from the list of backbone organizations is inappropriate," - quotes Interfax letter of the President of the Russian Union of Industrialists and Entrepreneurs Alexander Shokhin to the Ministry of Economic Development.

The head of an entrepreneurial organization noted that a number of backbone companies have foreign subsidiaries that carry out their main activities outside the Russian Federation, which accounts for the place of their registration. Some subsidiaries are enterprises with the participation of foreign capital, and their transfer to the Russian jurisdiction may lead to the termination of cooperation, ensuring the exit of the Russian economy to other markets.

Already 2017 year, winter is coming. Several years later, after voicing the loud idea of ​​“deoffshorization”, the government itself refused it. At least in part of the so-called. system companies. In October, 2017, the news of this appeared on the same site Interfax.

The government of the Russian Federation finally abandoned the idea of ​​forcing the transfer of system companies from offshore to Russian jurisdiction. Interfax received information about such a refusal from a source familiar with First Deputy Prime Minister Igor Shuvalov’s report to President Putin.

A draft government decree prepared by the Ministry of Economic Development and the Ministry of Finance approving the criteria for determining the backbone organizations and their subsidiaries, which should be within the jurisdiction of the Russian Federation, was given a negative conclusion. The use of coercive measures to transfer the circle of backbone organizations to the jurisdiction of the Russian Federation will create significant risks for the country's economy. These risks will arise from the weakening of competitive positions in world markets and the non-performance of contracts in the foreign economic sphere. Therefore, the very approval of the criteria for the "systemic" of organizations is considered inappropriate.

That's all: at the entrance there was a law, at the exit it turned out to be zilch.

Author Swiss Business M. Widmer, who had previously predicted the collapse of the Kremlin initiative on “deoffshorization”, states: “deoffshorization” in Russia simply failed. Moreover, many of the richest businessmen changed their Russian residence to a foreign one.

The result of deoffshorization declared by Putin: lost the Russian budget. After all, less voluminous tax liability applies to non-residents in Russia.

Yes, and many companies that seemed to be falling under the law were not completely “systemic”. Or not at all systemic. This was explained by one Russian financial expert.

According to Alor Broker analyst Kirill Yakovenko, the largest Russian companies owned by residents and managed from Russia (without shells and intermediaries in Cyprus or the Virgin Islands), the total 48%. This is an extremely low figure even for developing countries, in addition, these companies are mostly either state-owned (in the capital, the state accounts for more than 50%) or with state participation. These are companies from the sphere of energy and production related to the defense industry. The remaining 52% of the largest Russian companies are either controlled directly by the foreign owner, or controlled through shell companies (the owner and the company are located in Russia, but an offshore represents him in the ownership structure), the expert explained to the magazine "Expert".

Offshores, recalls Yakovenko, are preferred by all companies associated with high-tech manufacturing, IT and virtually all industrial groups that have mining or processing assets outside of Russia. Even AvtoVAZ is controlled by Alliance and Rostec through offshore.

The legislative initiative, which was finally canceled, is really meaningless: state-owned companies have been repatriated as much as possible over the past few years, Yakovenko points out.

Other domestic analysts claim that the money from offshore companies will soon be “confiscated” by the enemy of Russia Mr. Trump. On this subject, among others, spoke Yuri Krupnov. The analyst stated "Komsomolskaya Pravda"that 2 February 2018 year, that is, six months after the signing of the law "On counteracting the opponents of America through sanctions," the US president will begin to confiscate the foreign assets of Russian oligarchs and officials. Lists of future victims are already compiled in the Office for the Control of Foreign Assets at the US Treasury Department.

“Confiscation and expropriation will affect everyone who refuses, I will express myself in the gentle manner of Alexei Kudrin,“ respond positively ”to the US ultimatum. In technical terms, in offshore there is no difference at all between private and state-owned companies. Another thing is that private accounts are more interesting, and there personal money is hidden — literally eggs, canary eggs. ”

Russia today is living "with a thrice physically and morally dilapidated infrastructure." At the same time, economists have no “development projects, ideologies and philosophies of development, development methodologies”. Hence the failure of the five-year deoffshorization, the analyst concludes.

To the question of the correspondent “Yury Vasilyevich, is there any connection with the fact that the first vice-premier who signed this“ capitulatory ”letter to the president, according to declarations, rents an apartment in London (483 square meters) and an estate in Austria? Maybe he hopes that when the time comes “H” - freezing, the expropriation of our foreign assets by the West - will they leave real estate to him? ”Krupnov unequivocally said:“ The decapitalization of Russian assets coming in February is designed slyly. This is not just an action in the spirit of “Steal the loot!” In fact, a significant part of the Russian elites of America directly put an ultimatum: either smash (squeeze) Putin before the elections, and we will leave you “acquired overwork”, or we will take everything, including freedom, and even lives. Damocles sword brought. And, of course, almost all the major players in the Russian elites are tensely now thinking what to choose. And someone will surely break. And it is not necessary for someone to break, it has long been “there”, and not with “this” country. It is through the prism of this choice that such profound letters of Igor Ivanovich Shuvalov and the behavior of a number of our beneficiaries from the collapse of the USSR and the weakness of the state should be assessed. They hope that they will make the necessary maneuver in time, and the overseas owners will pay them off generously ... ”

We will probably notice, having familiarized ourselves with the opinion of Krupnov, published by a large newspaper, the Russian rich should get frightened, run to Putin and surrender. And immediately invest “acquired by overwork” in local “development projects” and stop accumulating money in Cyprus and the Virgin Islands. Otherwise, they are waiting for the financial sword of merciless Trump, who, apparently, was the most cunning plan in the world: to withdraw billions from the Russian oligarchs and rearm their native America with this money.

Observed and commented on Oleg Chuvakin
- especially for topwar.ru
Ctrl Enter
Noticed a mistake Highlight text and press. Ctrl + Enter
We are
Overseas ally? Donald Trump - US Presidential CandidateAn open secret about where oligarchs hide money
83 comments
Information
Dear reader, to leave comments on the publication, you must to register.