October 16 2017
55
Ankara is ready to cooperate with Baghdad to end the presence on its territory of the formations of the Kurdistan Workers Party (PKK), which is banned in Turkey, the Turkish Foreign Ministry said in a statement on Monday.


The Iraqi Security Ministerial Council, following a meeting on Sunday, said that Iraqi Kurds attracted representatives of non-state formations, in particular the PKK, to the province of Kirkuk, which can be considered a declaration of war to the rest of Iraqis. Disputes over the ownership of Kirkuk between Baghdad and the autonomy of Iraqi Kurdistan escalated after the Kurds held without the consent of the Baghdad referendum on the independence of September 25. 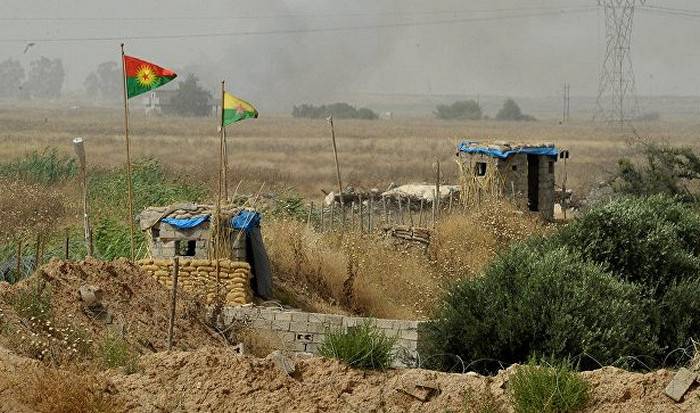 We underline our commitment to defending the territorial integrity of Iraq and its political unity. We are ready to cooperate with the government of Iraq to end the presence of the PKK in Iraqi lands for the sake of peace and stability in the region
- said in a statement the Turkish Foreign Ministry.

It is noted that Turkey is closely following the steps taken by the Iraqi government after the referendum in its Kurdish autonomy "to establish constitutional order in Kirkuk, where Iraqi Turkmen and other nationalities live," and are satisfied with the Iraqi government’s statement about the dangers of cooperation between the Iraqi Kurdistan authorities with the PKK.

We warn you about the responsibility for the consequences of the power of Northern Iraq, which exacerbate its previous mistake, giving shelter to the PKK
- said in a statement, transmits RIA News.

Ctrl Enter
Noticed oshЫbku Highlight text and press. Ctrl + Enter
We are
Two Rivers as a prize
55 comments
Information
Dear reader, to leave comments on the publication, you must to register.