October 14 2017
62
Radicals from the National Corps Party (created on the basis of the Azbat national battalion) and other nationalist organizations intend to “start a fight against Russian companies” working in Ukraine at the end of autumn, the Verkhovna Rada deputy, head of the National Corps parties Andrei Beletsky.

There are a huge number of companies that directly affect the economy of Ukraine. They should gradually reduce their weight in our economy. Therefore, the so-called "black list" was created. It is gradually filled, and when it is finally filled, we will move on to practical actions.
- said Beletsky 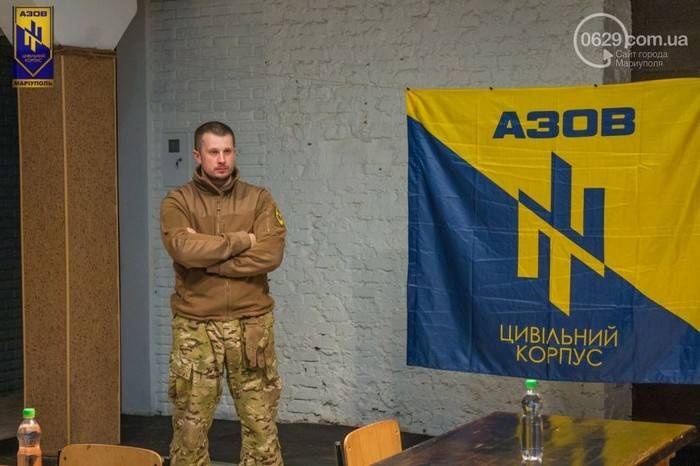 According to him, the methods of dealing with Russian companies will be different.

It will be not only blocking, it will be not only power actions. These will be actions at the legislative level. These will be proposals to resolve this problem and weaken the Russian influence on the Ukrainian economy in the legislative field. But of course, we do not refuse from direct action, such as it was during the campaign against Russian state-owned banks in Ukraine
- said Beletsky.

The nationalist party Svoboda, the extremist Right Sector * and other nationalist organizations will become allies of the National Corps.

In the spring, the radicals repeatedly arranged acts of vandalism against the Ukrainian "subsidiaries" of Russian banks. As a result, Kiev imposed sanctions against all five Russian state-owned banks operating in Ukraine: Sberbank and VTB, BM Bank (VTB’s “granddaughter”), Prominvestbank (VEB’s subsidiary) and VS Bank (Sberbank’s granddaughter). They were banned from any financial transactions in favor of persons connected with them, in particular the parent structures, RIA News.

The right-wing sector * is an extremist organization banned in Russia.