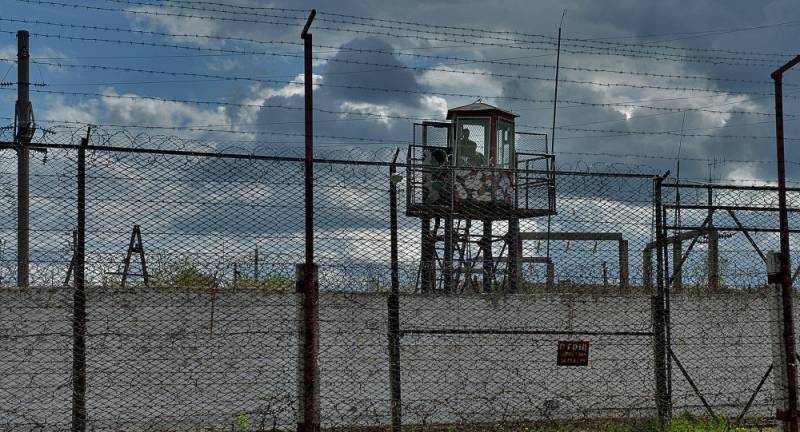 Recently, in the training center of the Belarusian army in Pechy, where soldiers in military service are acquiring a military specialty, a serviceman was found hanging. This case raised a storm of indignation in society.

In the media and social networks, there is a lot of evidence of hazing, cruel morals reigning in the barracks, they even recall the Soviet past. All are united in one thing - this shameful phenomenon has no right to be, and those guilty of this must suffer the most severe punishment.

The investigation is being carried out by the Investigative Committee of the Republic of Belarus and the case is under the control of the President. And no matter how many people shout that the perpetrators are not found or punished by a sergeant, they are wrong - recently there has been a clear trend in the Belarusian army to cover these events, though not as quickly as many would like. However, the point here is not so much in quickness, but in ethical norms and the desire to completely clarify the picture.

Investigation of a crime, and in Belarus, non-statutory relations are considered under Article 443 of the Criminal Code (!), Is not an immediate matter, the decision on which is taken on the basis of investigative actions that cannot be done in a day or two with a hitch.

Naturally, the life of a person is the most valuable and it is not possible to return it even by punishing the guilty. But even being shocked by what is happening, it is impossible to judge everyone with the same brush or to demand the resignation of this or that official. There are excellent commanding fathers, and there are departing numbers, there are conscientious soldiers, and there are "mowers." The army is a part of society. A person goes a long way to the service - he is brought up first at home, then in the garden and school, with certain baggage he comes to the army. Therefore, to assert that the case in the Armed Forces is not correct.

The case in Pechi is not only a terrible tragedy of a single family, but also a huge blow to the authority of the defense department, by all military personnel who conscientiously perform military duty, and such, by the way, the overwhelming majority.

In the Armed Forces there is a clear distinction between subordination and responsibility. This is enshrined in the Charter, which is known to be written in blood. Thanks to a clear hierarchy, the military body is able to perform its tasks as intended clearly and on time. A man in uniform at all times was the first who, if necessary, rose up to defend his country.

“Hazing” - a phenomenon that slanders the entire military department, should disappear and it should be dealt with the most stringent measures. These are exceptional cases, which, unfortunately, take place, especially where the soldiers are not sufficiently loaded with real combat training and there is no proper control by the officials, whose duties are also clearly defined. Therefore, it can be stated unequivocally that all the perpetrators will be found and will receive the deserved punishment.

Unfortunately, such actions exist around the world, but not many countries are able to publicly cover the fight against this process. Belarus, unlike many states that teach the world of democracy, does not hide these shameful things from the public. Therefore, to assert that the Ministry of Defense is trying to "hush up" similar incidents, when so many technologies and controls are not true. Moreover, commanders are even encouraged to identify such crimes, and the way is widely reported in the press. Therefore, the attacks of many media outlets, especially those of the opposition on the defense department, are not clear. This clearly shows an attempt by certain forces to discredit the army and all power structures.

The problem is somewhat different: the army must be made attractive, so that young people are proud of their service and have certain bonuses for it, so that people try to serve, as it happens, for example, in Israel and undergo a rigorous selection, so that under any circumstances it would be impossible to get into the army ranks. But how to do it - should be decided at the state level, with the involvement of specialists of various ranks.

Ctrl Enter
Noticed a mistake Highlight text and press. Ctrl + Enter
We are
"Points" over ÜThe fifth wheel in the wagon of the Customs Union
66 comments
Information
Dear reader, to leave comments on the publication, you must to register.