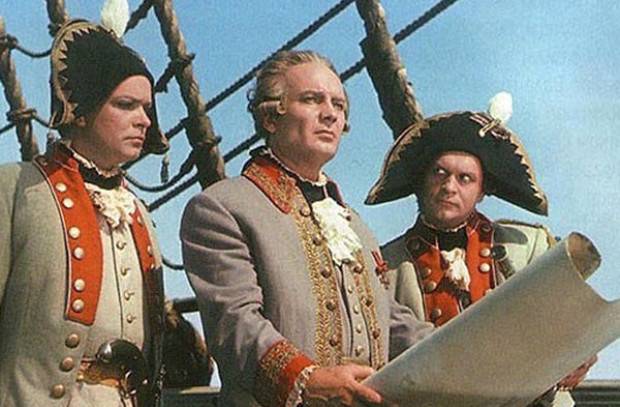 In the "eternal city", about the conquest of which the great conquerors of antiquity dreamed, Russian troops entered under the applause of local residents and exclamations "Vivat Muscovite!"

For France, the wars that she waged with the European powers after the overthrow of the monarchy in her country and the establishment of a new format government were at the same time exporting revolutionary ideas.

In the conquered territories, the same form of government was established as in France - republican. So after the conquest of northern Italy, a number of republics were formed here: Cispdanskaya, Transadanskaya, Venetian, Ligurian, Piedmont and Neapolitan.

Even the outpost of the Roman pontiff did not escape the transformation; on the basis of the Papal States, the Roman Republic arose. Like all of the above, it was a French satellite, and was managed by the Directory - the government of the first French Republic.

Rich Italian lands have become for France the main source of replenishment. But the French government did not intend to conquer only Italy. General Napoleon Bonaparte set out on an Egyptian campaign, during which Malta and the Ionian Islands were occupied by the French.

This alignment greatly worried Russia and Turkey and forced two old enemies to conclude a joint alliance against France. Porta opened the straits for the Russian fleet, and in August 1798, having included a detachment of Turkish ships, the combined squadron under the command of Fedor Ushakov entered the Mediterranean Sea.

The Ionian Islands and the main one, Corfu, were liberated, after which the Russian troops began to cleanse the French of Italy. Brindisi, the boot-heeled city of Bari, were liberated; here lies the relics of St. Nicholas and Naples, one of the largest cities in Europe.

At the very time when the Russians liberated southern Italy, the Russian-Austrian army commanded by Suvorov fought the French in the north. Field Marshal Suvorov was in constant interaction with the squadron commander Fyodor Ushakov, it was in the 1799 campaign that the strategic interaction between the Russian army and navy began.

After restoring order in Naples, Vice Admiral Ushakov landed a naval landing with the number of 800 people to march on Rome. The French, having learned about the approach of the Russians, asked the British, the allies of Russia in coalition, to provide them with a corridor for free withdrawal. The British agreed, 2 500 garrison hastily left the "eternal city", but this decision caused the anger of Ushakov, because this detachment could join the French army, fighting with Suvorov.

Vice-Admiral wanted to cancel the order to march on Rome, but only a tearful letter from Cardinal Ruffo in which he reported that without the Russians "it would be impossible to save Rome from robbery and establish good order in it", forced Fyodor Fedorovich to send the Russian detachment in rome

After the departure of the conquerors in Rome, anarchy was formed, gangs of robbers and marauders began to wield, only the presence of military force, possessing moral principles, could restrict chaos.

The Cardinal, who appealed to the glorified naval commander, this quality of Russian soldiers was well known. Therefore, it is not surprising that the Romans greeted the Russian liberators with glee. “Vivat Muscovite!” They applauded the Russians.

Ushakov ordered not only to take care of order in the "eternal city", he ordered the commander of the frigate "Hasty", Lieutenant Commander Elfinston "to have the strictest surveillance, so that the French, in Civitta Vecchia and Rome, are robbed of all rarities and treasures from Rome, they did not leave with them and did not take them to France or to Corsica, ordering all enemy ships to be captured and taken prisoner. ”

The Russians not only fulfilled their mission to liberate Italy from the French, but also, as noted by military historian Dmitry Milyutin, they managed, through their discipline and discipline, to attract the hearts of the people to themselves. The officers of the Russian fleet can be proud of the 1799 campaign of the year, not only in their element, but also in the actions of the land forces, they have rendered excellent bravery and stewardship and have done their duty everywhere. ”

Ctrl Enter
Noticed a mistake Highlight text and press. Ctrl + Enter
We are
"Eternal Peace" between Russia and the CommonwealthDiplomats of the People's Commissariat of Defense: on the eve and during the war
33 comments
Information
Dear reader, to leave comments on the publication, you must to register.