Guard sergeant Glukhov: killed by the brave in the battle for the Dnieper 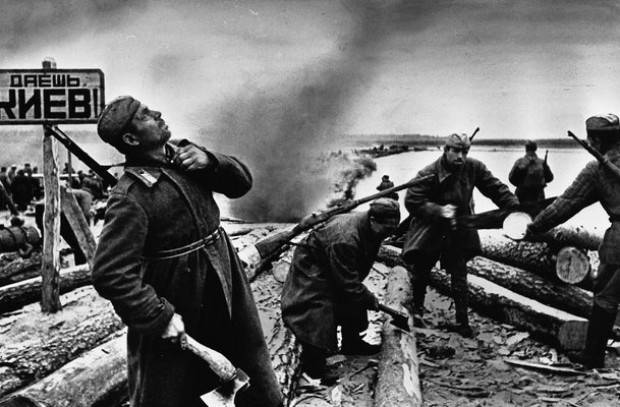 After the defeat of the Nazi invaders on the Kursk Bulge, the Soviet troops launched an offensive.

Rejected to the west, the invaders tried to use all the possibilities to contain the Red Army, the Dnieper in this regard was an excellent barrier, which the fascists reinforced with a set of fortifications, known as the Eastern Wall.

The construction of fortifications was accompanied by scorched-earth tactics to slow the advance of the Red Army, the fascists devastated the adjacent territories, destroying the civilian population.

26 August 1943, the troops of the Red Army launched an offensive along the entire length of the front line, about 2 million 650 thousand soldiers and officers were involved in a large-scale operation. 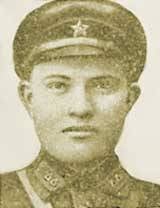 The offensive, despite the numerical superiority, advanced slowly, the Germans defended fiercely, but in mid-September they lost ground, the so-called flight to the Dnieper began, which in 20 September, turned into a flight beyond the Dnieper. Virtually the entire eastern (left) bank of the river came under the control of the Soviet troops, the Steppe Front, one of the five fronts that took part in the operation, came to the Dnieper in late September.

The Red Army men gathered to force the river, including, from improvised means, old boats, empty barrels, logs and all other material that could be used for the crossing, was used.

The machine gunner of the 184-th Guard of the 62-1 Guards Rifle Division of the Guards Rifle Division, 37-th Army of the Combat Front Fedor Dmitrievich Glukhov in one of the villages of Poltava region traded a trophy horse for an old boat. The owner of the boat wished Sergeant Glukhov to drive the fascists out of the Ukrainian land as soon as possible.

The October Gnukhov division carried out the 28 crossing without covering the artillery, the water craft for crossing the heavy machinery, just as there were not enough people to cross. Glukhov was the first of the company to cross the Dnieper, taking a good position and installing the Maxim machine gun, he began to cover his comrades. During this battle Glukhov put a lot of fascists.

Bridgeheads should not just take, they needed to be kept for themselves. The Germans made numerous counterattacks to drive the Soviet soldiers into the Dnieper. Our units, without artillery support, suffered heavy losses.

The machine gunners had to hold the defense against the advancing fascist armored vehicles. On October 6, the Germans threw into the Soviet bridgehead near the village of Mishurin Rog (Verkhnedneprovsky district of Dnipropetrovsk region) tank with machine gunners. Fedor Glukhov destroyed 25 machine gunners from his machine gun, which made it possible to capture a strategically important height. During the counterattack, Sergeant Glukhov knocked out an armored car and eliminated three machine-gun crews, but he died.

The title of Hero of the Soviet Union Fyodor Dmitrievich Glukhov for courage and courage shown during the crossing of the Dnieper, the seizure and retention of bridgeheads was awarded posthumously in 1944 year.

Ctrl Enter
Noticed a mistake Highlight text and press. Ctrl + Enter
We are
"Fire arc". Day of the defeat of the German troops by the Soviet troops in the Battle of KurskBy the 70 anniversary of the landing and the formation of a bridgehead Small land
15 comments
Ad