Shoigu: the situation in Afghanistan is not changing for the better

October 12 2017
22
The situation in Afghanistan is dynamically changing for the worse, said Russian Defense Minister Sergei Shoigu on Thursday during a meeting with the head of the Tajik military department, Sherali Mirzo.

Military and military-technical cooperation between Russia and Tajikistan is developing successfully. We conduct a large number of joint exercises aimed at reducing risks and increasing stability in this region. Naturally, with an eye on you, what is happening on the border of Tajikistan. I mean, first of all, Afghanistan and the threats that come from there due to the rather unstable situation, which is dynamically changing. And changing not for the better
- said Shoigu. 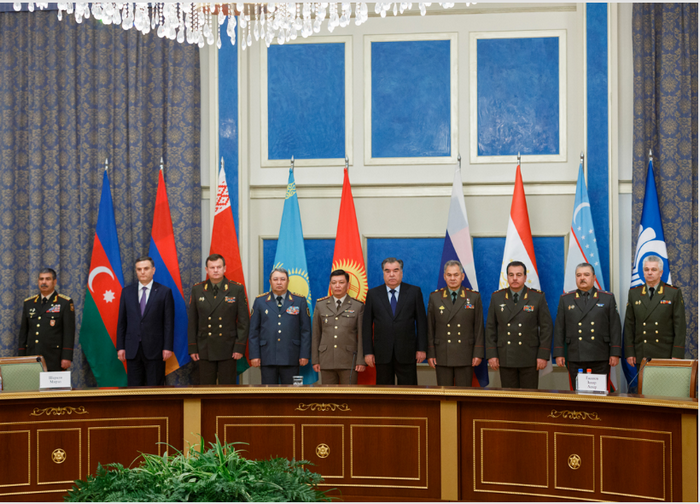 At the same time, he stressed that there are issues related to the work of the Russian military base in Tajikistan, but he hopes for acceptable solutions.

In turn, the Minister of Defense of Tajikistan thanked the Russian Federation and personally Shoigu for their contribution to ensuring security in the Central Asian region.

The Russian Defense Minister also held a meeting with the Minister of Defense of Uzbekistan, Major General Abdusal Azizov, during which he noted that the instability in Afghanistan dictates the need for closer cooperation between Russia and Uzbekistan in the fight against terrorism.

We have a lot of work to strengthen military, military-technical cooperation. The growing threats posed by the rising instability of Afghanistan are forcing us to cooperate more and more closely in the fight against international terrorism and to ensure security in the region
- declared Shoigu