October 12 2017
37
The Ministry of Foreign Affairs of Ukraine sent a protest note to Hungary demanding to ban the rally under the slogan "Self-determination for Transcarpathia", reports RIA News statement by the head of the Ukrainian Foreign Ministry Pavel Klimkin. 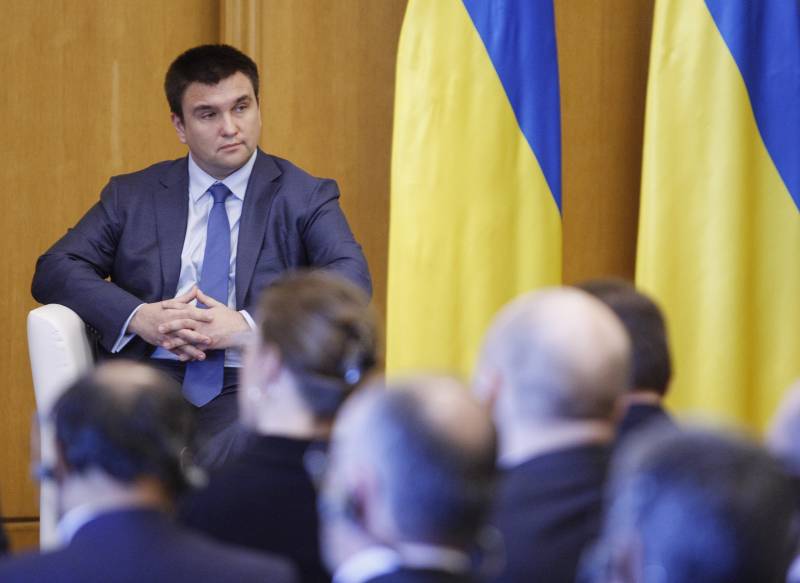 The Hungarian Foreign Ministry informed our embassy about the October 13 campaign under the slogan "Self-determination for Transcarpathia". Is this what Budapest supports separatism? Immediately sent a note of protest demanding to ban this provocation! We are sure that Hungary will continue to respect the territorial integrity of Ukraine,
wrote Klimkin on Twitter.

Where exactly the action is scheduled, not reported.

Recall that at the end of September Budapest criticized Ukraine because of the law on education signed by President Petro Poroshenko. The reform significantly reduces the possibility of learning in any languages ​​other than Ukrainian. A number of European states, including Hungary, stated that the law violates the rights of national minorities.

Ctrl Enter
Noticed a mistake Highlight text and press. Ctrl + Enter
We are
Klimkin told Kommersant about what prevents Kiev from starting a dialogue about holding local elections in the DPR and LPR
37 comments
Information
Dear reader, to leave comments on the publication, you must to register.