October 12 2017
24
The Turkish news agency Anadolu publishes sensational information in fact. The material confirms the intentions of official Ankara to send Turkish troops to Syria. We are talking about the nomination of the Turkish contingent in the Syrian province of Idlib.

Anadolu reports that advanced intelligence units actually crossed the border a few days ago and are now carrying out reconnaissance activities in the so-called de-escalation zone in the Syrian province of Idlib.

From the material in the Turkish media referring to the General Staff of the Turkish Armed Forces:
The operation was carried out with the aim of creating zones of control over compliance with the security regime in northwest Syria. Troop intelligence operates in the province of Idlib from October 8. 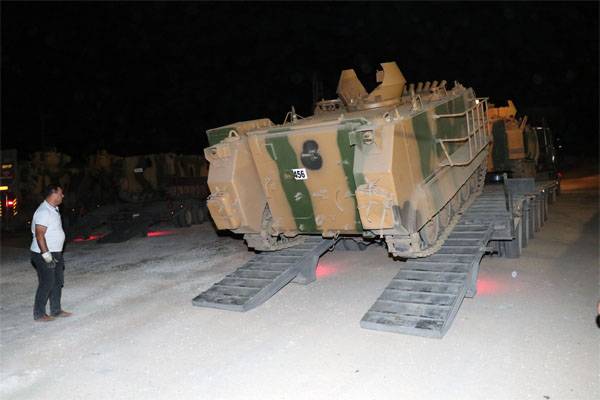 About how many Turkish troops are already in Syria, at the moment it is not reported.

Ctrl Enter
Noticed a mistake Highlight text and press. Ctrl + Enter
We are
190 years ago, the Russian squadron destroyed the Turkish-Egyptian fleet in the battle of Navarino
24 comments
Information
Dear reader, to leave comments on the publication, you must to register.