October 11 2017
34
The servicemen of the mountain motorized rifle brigade of the Central District, stationed in the Republic of Tyva, arrived in Kazakhstan to participate in the international exercise of the CSTO “Indestructible Brotherhood-2017” peacekeeping force, reports press office CVO. 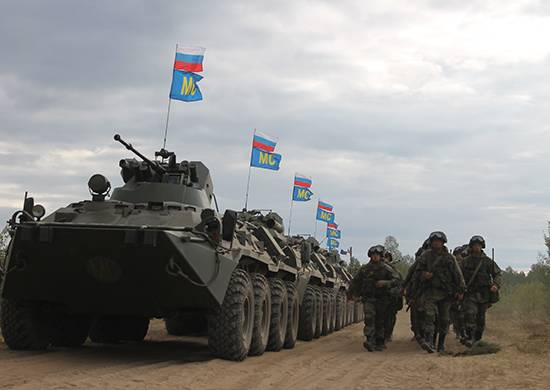 From the Russian side, around 400 military personnel are involved in the exercise and 80 units of equipment are involved, including the link of the Mi-8AMTSH transport assault helicopters and a pair of Su-25 attack aircraft.
says release.

It is reported that "the main objectives of the exercise are" to strengthen mutual understanding and cooperation between the peacekeeping contingents of the CSTO member states, to increase the skills of commanders and staffs of all levels in the work of preparing the peacekeeping operation and managing forces and means when performing peacekeeping tasks. "

The press service noted that units of the armed forces of Armenia, Belarus, Russia, Kazakhstan, Kyrgyzstan and Tajikistan are involved in the events.

The maneuvers will be held at the Ilisky and Shoshkaly ranges located in the south-east of Kazakhstan, from October 16 to October 20.

Ctrl Enter
Noticed a mistake Highlight text and press. Ctrl + Enter
We are
Mi-8AMTSH-VA helicopter will be exportedMotorized rifle unit from Samara will take part in the international doctrine "The indestructible brotherhood-2012"
34 comments
Information
Dear reader, to leave comments on the publication, you must to register.