Butted Kiselev with Lenin. And gored the deceased - along with his native history 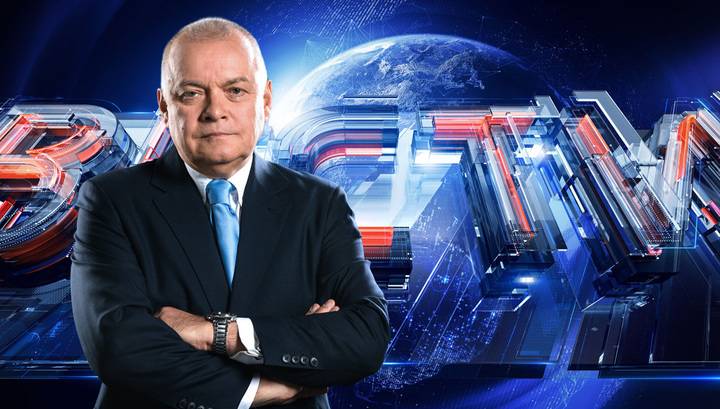 In one of the latest programs of Dmitry Kiselev, "The Results of the Week," two extremely revealing passages sounded. Here is the first: "Lenin's desire to build a society on the basis of market-free relations failed. Lenin was wrong." In the same program, Kiselyov enthusiastically described how, in distant Australia, the anniversary of the First Artificial Earth Satellite launched on October 4 on October 1957 was solemnly celebrated.

Staff propagandist has a hard job. He has to juggle and say "what is necessary" duty. At all times. For the sake of justice, we note that the Soviet propagandists also sinned with the “free interpretation of facts.” But not to the "loss of disgrace."
The connection between space exploration and Soviet power is direct as the truth. The Soviet government set the task - and completed. But Soviet power was "invented" and implemented by Lenin. There is simply nothing to talk about. It - historical fact.

To say that Sputnik has no relation to Soviet power is the same as saying that billions of Rotenberg are not related to Putin. But it's not just that.

Soviet power (which is Victory, Sputnik, First Atomic Icebreaker, Gagarin, Bratsk Hydroelectric Power Station, BAM, and KAMAZ, and thousands more things that are too heavy today) resulted from the 1917 Revolution. This is also an established fact.

Therefore, school teachers in the Soviet Union had absolutely no difficulties in the process of teaching children. They were told from year to year: "Lenin was a man of genius, who understood that scientists and engineers are the key to the progress of society in general and of socialism in particular."

That is why he said: "Communism is Soviet power plus the electrification of the whole country."

At the same time, we note that if Lenin said so about electrification, this automatically means that this was not under the tsars. To underline the already existing did not make sense.

And we also note that electrification is not at all the “light bulb of Ilyich” in each hut. This is an industry! This is education and science! This is progress!

Lenin somehow did not complain of capitalists, bourgeois and priests. Totally. And they did not consider them a pledge of progress.

But in modern Russia, teachers have added many problems.

It is impossible to teach that Lenin was a brilliant seer. It must be said that he and his associates, and his struggle, and his teaching were a historical mistake. Or the result of the conspiracy of the terrible enemies of the Russian state and its "everlasting church values".

How else to explain the revolution? Well, it's not true to talk about it, in fact!

So either Lenin is a creative genius and savior of the Fatherland, from those who are to any country once a millennium, or a secret conspirator and enemy. There is no third.

If Lenin is a creator and a genius, then everything is clear with Sputnik. He is the result of Leninism, its direct consequence. He is the "Electrification of Russia" in the general sense.

And if Lenin is an agent of world Zionism, the English Queen and the German General Staff, then nothing is clear!
How so? He is an agent, a traitor, and the country received such a push from him!

The agent and the traitor - and died at home, in fact, a beggar. And people sobbed by the millions! He was buried in the Mausoleum (which became a UNESCO World Heritage Site). Fools they were all, or what? Kiselyov not watched?

An agent and a traitor - and his name was holy to hundreds of millions of people up to the 1991 year. Songs and poems composed, books were composed, scientific works were written, and academic titles were received for them. What, everyone was an idiot? From the Politburo of the Central Committee and academic historians to the worker Vasily in the Upper Laptis?

In fact, all this is not a joke. The 17 Revolution can only be explained in two ways - honest or deceitful. As a global, unique socio-economic experiment - or as a "secret conspiracy."

To explain honestly means to hurt the "fathers", the Sechin and millers, the Rothenberg and the promissory notes, the Swanids and the Gozmans, Maru Bagdasaryan and other respected people.

Hence, it is necessary to explain otherwise. And how, if not a conspiracy - secret and secret?

And if a conspiracy, it turns out that Lenin was not a good man, vrazhina. And Stalin? He prayed for Lenin literally!

He called the mountain eagle! Cited to him in every public speech several times! Also a conspirator? And Brezhnev?

Where did the satellite come from? Spite Lenin and Stalin? Secretly in the basement collected? By the light of torch?

Let's go back to the main point.

The satellite (and not only) was a direct, logical continuation of the October Revolution. It was even launched in October on 1957, on its 40 anniversary.

The October Revolution is Lenin. And Lenin is the Soviet power. And the Soviet Power is Sputnik and much more, and we are going into the second round. And on the third, and on the fifth, and on the tenth. Because one is inseparable from the other. And there is no need to include here a "conspiracy theory", because even without it, everything is as clear as God's day.

But if you break this internal logic, everything will collapse. And to connect Sputnik and the History of Russia without a global conspiracy will not work!

Logical hole will have nothing to plug. Therefore, you should only try to reconsider the role of Lenin in history, as you immediately resist in the machinations of the Rothschilds and other reptiloids. There are no other ways to explain the obvious!

The stone falls to the ground, either in accordance with the Law of the World, or Satan did so. Everything! There are no other options.

I personally absolutely sure that Dmitry Kiselev is not an idiot. And the internal logic between the Revolution and the Satellite understands. He did not study in a Russian, but in a normal, Soviet school.

But the unfortunate Russian schoolboy does not understand. After all, he, in contrast to Dmitry Kiselev, does not teach this logic in school, they do not say that Lenin is a creative genius!

Father will punish for such speeches! And the teacher will remain without work.

So what is a schoolboy thinking?

And the schoolboy finds his explanation - it was a conspiracy! Secret! And Sputnik launched Putin. And for such speeches, Uncle Kiselyov pats him from the TV on the shoulder. At home, after work, probably drink vodka and say:

- Oh my God! How sickening to lie! Even for big money!

Ctrl Enter
Noticed oshЫbku Highlight text and press. Ctrl + Enter
We are
About Stalin and KhrushchevWhat you didn't want to know about England
Military Reviewin Yandex News
Military Reviewin Google News
174 comments
Information
Dear reader, to leave comments on the publication, you must to register.