Threats in order: Russia is number one, Islamists are number two

October 11 2017
37
The British government is wandering in the dark. The whole world has already understood, and London has not yet understood: “the main threats to the world order” are Russia and the Islamic State (prohibited in Russia). 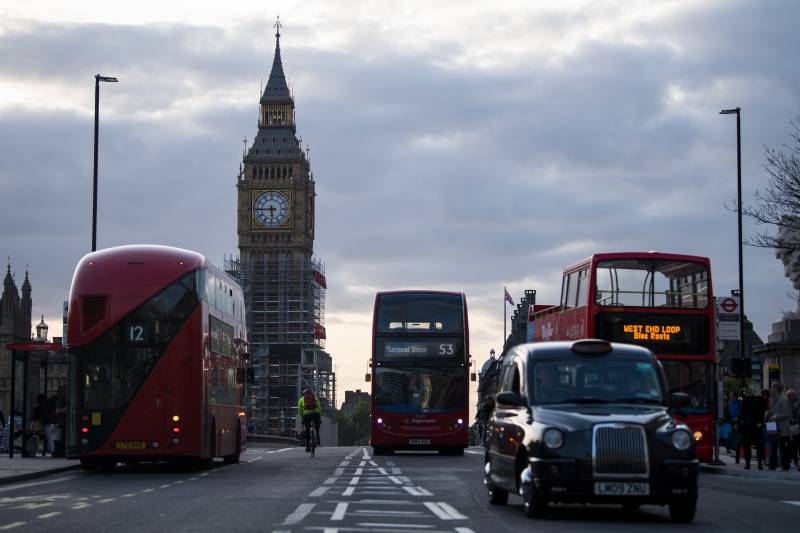 As Paul Mason believes, in London they still have not understood that Russia and the jihadist terrorists are the main threats to the world. The British government’s defense policy is “ridiculous,” writes a columnist in «The Guardian», because it does not take into account the above-mentioned main "threats".

UK defense policy must reflect the main threats. We need a strategy that takes into account the "evolutionary nature of war."

But even in 2015, British defense and security policy was defined in two words: “global reach”. However, apart from ridicule, the implementation of such a policy today does not cause anything. In addition, 20 has a billion pound hole in the defense budget. The navy of Britain is not the same. And even the Tories are now unhappy. Something “much more radical” is needed: for example, abandon the ridiculous policy of “global reach” and start all over again.

Since 2015, under the leadership of the “two least inspiring figures” of the ruling cabinet, F. Hammond, the foreign secretary, and M. Fellon of the Department of Defense, Britain has managed to reassert itself in the east of the Suez Canal. In addition, these two launched the conversion of part of the army into "shock brigades" intended to invade other countries on land and at sea. There was talk about the replacement of the Trident missiles on submarines and about aircraft carriers.

The only thing that was missed among these huge programs is “a clear understanding of the growing threats to Britain”, the journalist is sure.

These dangers, as is obvious, are the jihadist terrorism of the "Islamic State" and the hybrid war that "Vladimir Putin is waging against all Western democracies." Already "in the 2015 year it became clear," the author adds that "the main strategic threat to the global order comes from unilateral actions of Moscow." Evidence: “the annexation of the Crimea”, the “redistribution” of Ukraine, the “massacre” of passengers on the MH17 flight, whose trail is drawn “to the Russian instigators and armed rebels”.

In London, at the time, the security strategy paid attention to issues of trade, the budget, the naval base in Bahrain and training missions in Malaysia and Singapore!

Since then, the Kremlin has managed to effectively manipulate the US electoral system. And now the man "suspected of having links with Russian intelligence," is the commander in chief of the United States! Order degraded to chaos! The situation “requires rethinking”!

So, the British press is sounding the alarm: London is not doing what is necessary. While he is not doing what is necessary, the opponents of democracies are attacking from all sides. It is possible that the Russians are about to enter this very London, about which Mason writes so passionately. Putin’s strategic goal, Mason thinks, is to transform Europe into something “multi-polar”, where “opposition parties” acting “in the interests of Moscow” will set the tone.

Only one thing, apart from a lack of strategic clarity of thinking, makes it difficult for the government to implement Mason's plan. Money. They are not.