October 10 2017
68
Czech President Milos Zeman said that he considers the loss of Crimea to Ukraine "a completed case." About this on Tuesday, October 10, he said in Strasbourg during an appeal to the deputies of the Parliamentary Assembly of the Council of Europe, UNIAN.

If we want to take the Crimea and return to Ukraine, it will mean a European war. We must avoid European war, and you must understand this.
- declared Zeman.

At the same time, the politician said that the Soviet leader Nikita Khrushchev "made an unforgivable folly," transferring Crimea to Ukraine.

Today, world politicians recognize that the Crimea can not be returned to Ukraine
- said the president of the Czech Republic. 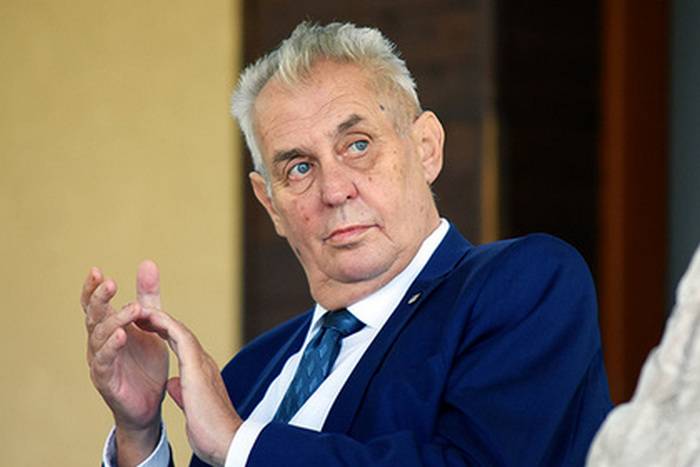 He expressed the opinion that Moscow could settle the dispute through payments to Kiev.

In my opinion, there will be some kind of compensation for Ukraine - either in financial form, or with oil and gas.
- stressed the Czech leader.

We remind you that even in 2014, Zeman said that Crimea is lost for Ukraine:

In the end, he never belonged to Ukraine, except for the period when the then slightly strange leader of the Soviet Union, Nikita Khrushchev, presented it as a gift to Ukraine.

Moscow regularly emphasizes that the issue of the status of the peninsula is closed, since the procedure for joining the region complied with international law.