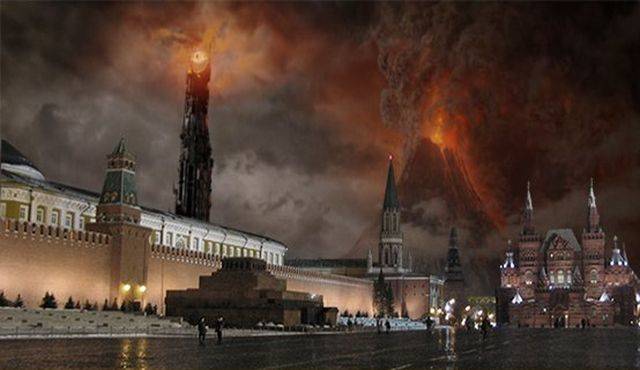 
Blogger and twice convicted corrupt official Aleksey Navalny called on his few supporters to go out on October 7 to take part in an unauthorized "protest action".

The objectives of the action, as stated, are the requirements of "political competition and the admission of Navalny to participate in the presidential election."

I don’t know what the phrase “political competition” can mean, given that 47 parties took part in the last municipal elections (much more, about the existence of three-quarters and never heard of these).

The requirement for the admission of Navalny to participate in the elections is directly illegal, because the law explicitly prohibits the participation of convicts with outstanding convictions in the presidential elections. And even more so twice convicted. There was not enough for us one more Yanukovych in Russia.

Naturally, the application for such absurd from the point of view of the law of the shares were rejected, and Navalny called on his hamsters, sectarian rams to go to an unauthorized action. For which he immediately received an 20 day of arrest, like his chain dog Volkov.

Why are unauthorized rallies and other mass events illegal? Because if they are carried out, various excesses are possible, and law enforcement agencies will not be able to provide proper policing.

The danger of participating in any, even officially approved, mass events can be seen in the examples of the terrorist attacks in Stockholm, Barcelona and Las Vegas. In Barcelona, ​​a truck crashed into a crowd (in Russia, against such manifestations of extremism, there are entire sets of protective means and measures), and in Las Vegas one gunner killed dozens and wounded almost six hundred people. Only one. And there was a bunch of cops.

And in the case of unauthorized actions, the risk of such tragedies (as well as the time required for special services to respond) increases many times - and this is not a propaganda horror story, but the harsh reality of our uneasy time.

Therefore, both the instigators and participants in any unauthorized actions are subject to administrative liability. And in the case of relapses or excesses (as in the case of attacks on the police) - and criminal.

On the central streets of a number of large Russian cities, modern systems of intellectual video surveillance and face recognition have already been installed (as in the American TV series “In sight,” but already real).

They not only fix the faces of all offenders, but also carry out a search for correspondences in social networks (and, as I suspect, in their own databases of special services). The effectiveness of this system, according to the developers, has already been brought to 97%.

After the unauthorized 12 rallies in June, the effectiveness of this system was already publicly demonstrated when the site “Je Suis Maidan” was launched for a time, where photos, personal data and links to accounts in social networks of a large number of participants in these illegal actions were posted.

Similarly, and now - all participants in the illegal mass events of October 7 will be identified with the help of these modern systems and brought to justice. And, as they say, no one leaves without being offended.

Stupidity should be punished.

Ctrl Enter
Noticed a mistake Highlight text and press. Ctrl + Enter
We are
Alexander Rogers: Answer Nazi Kucherenko-Kalashnikov“On a country without statehood, revenge and a new national idea of ​​Ukrainians.” - Answer to Zakhar Prilepin
34 comments
Information
Dear reader, to leave comments on the publication, you must to register.