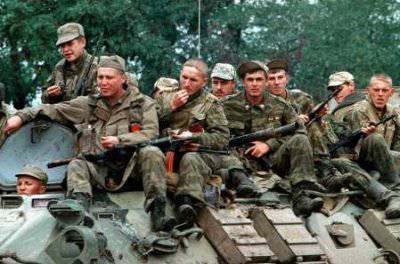 The 1996 summer of the year was the first after the second presidential election, which Boris Nikolayevich Yeltsin won. One of the many promises of his company was the end of the Chechen war, for which the government was forced to sign an agreement in Nazran. According to the agreement, Russian troops were gradually withdrawn from the territory of the republic, and order was maintained by local internal affairs agencies. However, in fact, the separatists were not suppressed, and the command was well aware of the danger of the withdrawal of armed forces from a troubled region.

Nevertheless, the conclusion was planned, as the question of the cessation of hostilities was quite acute in society. The war has long ceased to be popular, so the government was obliged to maintain at least the appearance of the intentions of its termination. Thus, the government found itself in an extremely difficult situation: on the one hand, growing discontent and Yeltsin’s blatant lies about the possibility of ending the war in the near future, and on the other the objective need to continue the fight against the separatists. Having achieved re-election, in the first half of July, Boris Nikolayevich and his supporters decide to continue military operations in order to achieve more favorable terms of the agreement, and possibly the complete surrender of the enemy. A series of powerful blows are carried out in the foothill areas, and the 20 has already launched a campaign in the south of the republic.

The separatists used the fact of violation of the agreement by the Russian command as a reason for the attack. In principle, both parties understood that the agreement would not be implemented. As a result, Operation Jihad was planned and implemented (August 6 - August 22 of the year 1996).

Maskhadov’s calculation was simple but true. Russian military forces dispersed throughout the city at roadblocks in such a way that they could not control the entire territory, so the penetration of the armed enemy into the "blind" zones allowed to quickly block certain parts. Maskhadov’s detachments did not storm the city, they quietly entered it. Much of the militants arrived in Grozny earlier under the guise of civilians and refugees. The numerical advantage of the Russians was compensated by the intruders of surprise and targeted destruction of the roadblocks of the roadblocks, and then replenished by constantly restocking from other areas. The first failures of the Russian fighters are connected with the surprise of the attack, the lack of a unified command and the plan to fight the militants. In addition, the separatists actively used provocateurs who promise a safe way out of the city to surrender. About thirty people were shot after the surrender, the militants did not voluntarily release anyone from the city. The unexpectedness of the attack and the lack of organization of the military leadership in Grozny, for example, is indicated by the fact that during the offensive, Russian convoys were leaving Grozny to take part in a special operation in Alkhan-Yurt. 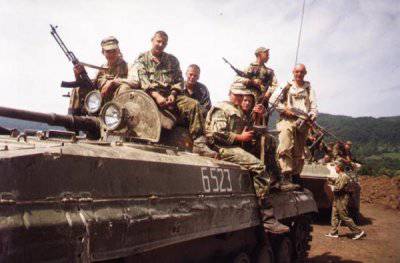 So, at dawn of 6 August, Chechen fighters launched a silent assault on the city simultaneously from three directions. The combatants recall that, shortly before the outbreak of hostilities, a suspicious-looking woman came to the location. Most likely, intelligence activities were carried out with the help of the local population. In addition, the local militiamen (“zavgayevtsy”) turned out to be secret supporters of the separatists, and during the clashes they assisted the militants.

The administrative buildings, as well as the locations of the Russian military, were surrounded by well-armed groups. In such difficult conditions, numerical superiority almost did not matter. In August 1996 remained in the city a few and poorly coordinated units of the Ministry of Internal Affairs, the FSB and small detachments of specialized troops. Most of the people who remained in Grozny were staff members, investigators and support staff. To lead a full fight could not all. According to Commander Pulikovsky, many of the generals and colonels simply did not know how to fight and unfairly wore their shoulder straps. However, it is impossible to say that the fighters who remained at the checkpoints of Grozny could not be completely unarmed. Each administrative building had a supply of water, food, ammunition, and also had sufficient fortifications for fighting. The personality of Pulikovsky is ambiguous and deserves criticism in many ways, but it would be wrong to ignore his categorical opinion.

Views on the events of August 1996, the participants themselves are significantly different from those expressed by the commander in chief. So, according to the stories of combatants from the Vympel unit, their small group was forced to organize the defense of the hostel, relying solely on their own forces. Of the 87 people in the building, only 37 survived. The huge number of wounded and killed was due to the high degree of concentration of people in small locked rooms, which were opened for continuous fire. The hasty conclusions of the command about the death of the Vampelova left them without help from the federal government. Only thanks to competent and well-coordinated actions were the fighters able to leave their refuge under cover of night and unite with the forces of the FSB. 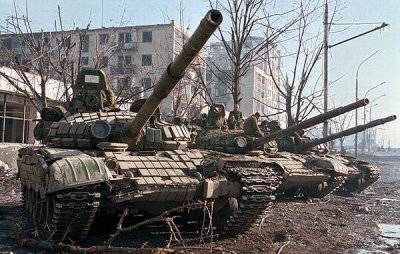 Events in Grozny can be presented in chronological form. For example, on August 6, in 5 hours, about two hundred militants blocked 50 for hours at a railway station, and a separate group descended down P. Musorov Street towards the center. Closer to the 12.30, the fire was already fought on administrative buildings, and the people inside them quickly sent messages to the center about the attack. When receiving information, Pulikovsky made a decision about the direction to the besieged assault detachments, and, according to him, he chose the most vulnerable and small checkpoints and points. However, any reinforcement immediately involved in street fighting and could not provide substantial support to the defenders.

Until the middle of August, fierce battles were fought, but the situation was not cleared up. Pulikovsky knew about Moscow’s inclination to peace agreements, albeit under obviously unfavorable conditions, so he put forward an ultimatum to the militants. Civilians were asked to leave the city within 48 hours, and the militants would immediately stop firing and surrender, it was said that otherwise they would drop bombs on the city. The decision assumed the death of not only the separatists themselves, but of all the blocked federal troops, which the Moscow government could not allow. Pulikovsky was removed from his post, and Lieutenant-General Tikhomirov returned to his place after a short leave.

During the offensive of the militants, the Russian armed forces lost only 2083 people, according to official data, of whom 494 died. Nevertheless, to assert that the Russian armed forces could not repel enemy attacks, we cannot. If from a political point of view, the assault of Grozny for Maskhadov turned out to be a victory and became a weighty argument in the negotiations for peace in Khasavyurt, then in terms of military victory, neither side achieved.
Shooting august

The story of the storming of the city of Grozny by Chechen separatist detachments, launched by 6 on August 1996, was Operation Jihad, as the events were called militants.

6 August in 5: 00 am Chechen units began to enter Grozny from Chernorechye, Aldy and Staropromyslovsky district, and skillfully using the flaws in the location of roadblocks (many were trapped between houses, not controlling anything in reality), began to move along uncontrolled routes. Previously, parts of the Ministry of Internal Affairs, consisting of Chechens, were withdrawn from the city, and Chechen roadblocks were also removed. The enemy did not set out to seize or destroy all urban objects. Upon entering Grozny, he blocked the Russian units of the internal troops at checkpoints and commandant’s offices, isolated them from each other and demoralizing them with constant “disturbing” fire.

6 August 23 groups of Chechen militants entered the city of Grozny.
The employees of the 2 department of the newly created Directorate "B" and FSB operatives who were in the FSB hostel building decided to keep the defense until the city was liberated by federal troops.