10 September 2017
30
Statements by the permanent representative of Ukraine to the UN, Vladimir Yelchenko, are completely irrelevant, reports RIA News a statement by Sergey Tsekov, a member of the Council of the Federation Committee on International Affairs, of Crimea 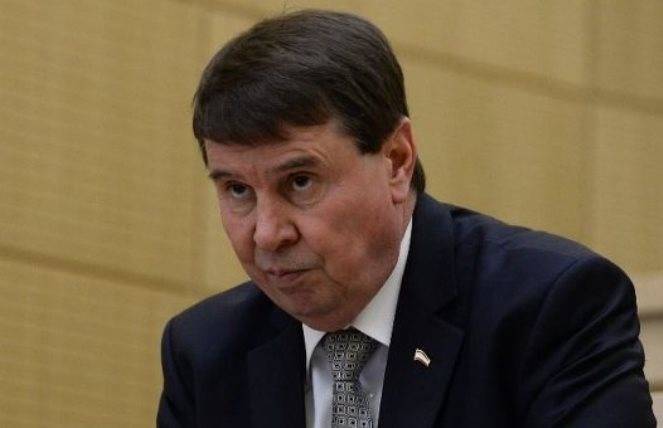 Earlier, Yelchenko told the Ukrainian edition that, in the style of the new permanent representative of the Russian Federation Vasily Nebenzi, “there is no such arrogance and outright malice towards Ukraine, which the late Mr. Churkin was constantly showing with great pleasure”.

According to the senator, Yelchenko is no different from all other politicians in Ukraine, who "for many years have shown an absolutely aggressive policy towards Russia."

His statements regarding Russian diplomats are completely irrelevant, they do not correspond to reality. All the more about Churkin. Vitaly Churkin throughout all the years of his work at the UN did everything to ensure that Ukraine and Russia were friendly states,
said Tsekov.

In his opinion, it is Ukrainian politicians and officials who are preventing the establishment of relations between Moscow and Kiev.

It all depends on the actions of the Ukrainian leadership and their diplomatic service,
summed up the senator.