How Ushakov defeated the Ottomans at Cape Tendra. Day of Military Glory in memory of the victory of the Russian fleet


13 August 1787, another war broke out between Russia and the Ottoman Empire. As usual, Ottoman Turkey received support from leading Western countries - Britain, France and Prussia, after which it issued an ultimatum to the Russian Empire - to restore the vassalage of the Crimean Khanate and Georgia in relation to the Ottoman Empire, and also to allow inspecting Russian ships passing through the Bosphorus straits and the Dardanelles. Naturally, Russia refused to meet the conditions of the ultimatum, which was the formal reason for declaring war against the Russian Empire. Thus, the Russian-Turkish war, which began in August 1787, was an attempt by the Ottoman Empire to take revenge and regain control of the Crimea and Georgia. Sultan believed that the patronage of Britain, France and Prussia would allow him to achieve his goals and force the Russian Empire to retreat from the Crimea and abandon its territorial claims in the Caucasus.

By the time of the battle at Cape Tendra, the Russian-Turkish war had already lasted three years. Together with the Russian Empire against the Ottomans fought Austria. However, on land, both Russian and Austrian troops for a long time failed to achieve significant advantages. The situation on the Black Sea was completely different. To assist the Russian troops attacking the Turkish positions in the Danube region, in 1790, a galley fleet was created, which was to leave Kherson and proceed to the combat area. 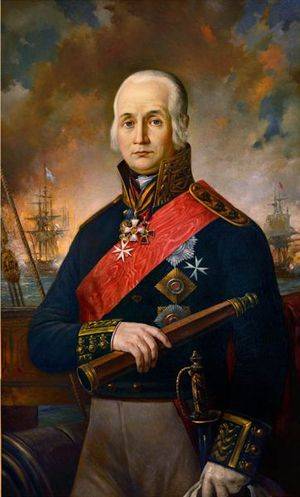 But the path of the galley flotilla blocked the Turkish squadron, which was located in the western part of the Black Sea. Therefore, the command decided to send a squadron of 10 battleships, 6 frigates, 17 cruising ships, 1 bomber ship, 1 repetitive ship and 2 firefighters to help the galley flotilla.

45-year-old Rear Admiral Fyodor Ushakov was appointed to command the squadron - one of the most talented Russian admirals by that time serving as commander of the Black Sea Fleet. An experienced naval commander, Ushakov from the 1766 of the year, since the end of the Naval Cadet Corps, served in the fleet - first in the Baltic and then in the Black Sea, participated in the Russian-Turkish war 1768-1774. then in the Russian-Turkish war 1787-1791, distinguished himself in the sea battle at Fidonisi and in the Kerch battle. 25 August (6 September) 1790, a squadron under the command of Rear Admiral Ushakov withdrew from the port of Sevastopol and headed for Ochakov in order to join the galley flotilla.

Meanwhile, in the area between Hadzhibey and Cape Tendra concentrated impressive Ottoman forces. The commander of the Ottoman fleet, Hussein Pasha, was confident of the imminent defeat of the Russian fleet in the Black Sea and was able to convince Sultan Selim III of this. The ruler of the Ottoman Porta sent to the help of Hussein Pasha another experienced Turkish naval commander - three-tailed admiral Said-bey.

By this time, Hussein Pasha had by this time been 14 battleships, 8 frigates and 23 other ships. In the morning of August 28, observers of Turkish ships anchored between Khadzhibey and Cape Tendra found Russian ships far from Sevastopol. A squadron of the Russian fleet was moving rapidly, under full sail, built in three columns. Although the Ottoman flotilla had a numerical superiority, the approach of the Russian squadron caused quite a stir among the Ottoman command. The captains of the Ottoman ships ordered the sailors to cut the ropes. The retreat of the Turkish flotilla to the Danube began, which could not but go unnoticed on Russian ships. Rear Admiral Ushakov, finding that the Turks had begun a chaotic retreat, ordered them to move into the enemy fleet, remaining in marching order. Soon the rear of the Turkish flotilla was in danger, after which Hussein Pasha still gave the command to his ships to stop and line up in battle formation. A similar order was given by Rear Admiral Ushakov. At the same time, he ordered the frigates “John the Warrior”, “Jerome” and “The Protection of the Virgin” to leave the line as a maneuverable reserve. 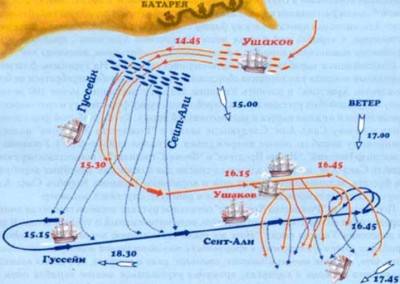 Such a crushing blow forced the enemy to retreat rapidly towards the Danube, and the Russian ships continued to pursue the Ottoman flotilla until nightfall, after which the weather conditions still forced Ushakov's squadron to stop and anchor.

However, when it dawned, it turned out that the Turkish flotilla is anchored very close to the main forces of the Russian squadron. Moreover, the frigate Ambrose of Milan, on which Russian flags were not raised, was among the Turkish ships - and they did not react to it, taking it as one of the ships of the Turkish flotilla. In the end, the commander of the frigate, Captain M.N. A reasonable idea came to Neledinsky - he did not raise the flags and continued to slowly follow the Turkish flotilla, and then lagged behind it and, having ordered to raise the flag of St. Andrew, moved away to the location of the Russian squadron.

The squadron of Ushakov began the further pursuit of the enemy. The main forces of the Ottoman fleet were left behind by the 74-gun ship “Kapudania” damaged in the previous battle, with Admiral Said-bey on board - Assistant Hussein Pasha, and the 66-gun ship “Meleki Bahri”. When the commander of "Meleki-Bahri" captain Kara-Ali died, the crew preferred to surrender without a fight. As for Kapudania, this ship went to the side of shallow water, pursued by 2 battleships and 2 frigates of the Russian fleet under the overall command of the captain of the brigadier rank GK. Golenkin, who commanded the avant-garde of the Ushakov squadron. In the end, the first “Kapudania” overtook the ship “St. Andrew "who opened fire on the Turkish ship. Then came St. George and the Transfiguration of the Lord.

Despite the entourage and superior forces of the Russians, Kapudania continued to desperately resist. In the end, the flagship of Ushakov knocked down all the masts from the Turkish ship, after which the “Nativity of Christ” prepared for the next bombardment of the Turkish ship, but then Said Bey decided to lower the flag. By this time, “Kapudania” was already burning, and Russian sailors landed on board, capturing Ottoman officers led by Admiral Said-bey himself and the ship’s commander Mehmet Darsey. In addition to them, 18 senior officers and military officials of the Ottoman flotilla were also captured. 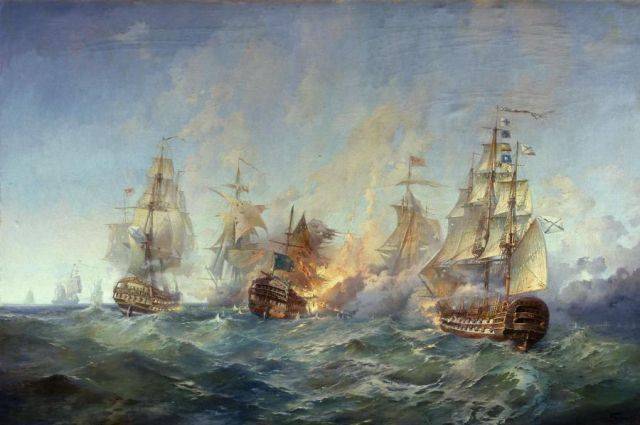 Admiral Said-Bey was removed from the ship with the last boat, after which the “Kapudania” flew up with the Ottoman sailors remaining on it. The situation for the Turks was overshadowed by the fact that the "Kapudania" was the entire financial reserve of the Turkish flotilla. Naturally, for the rest of the Ottoman fleet ships, the inglorious end of the Kapudania and the capture of Said Bey were a real shock. The Turks were in turmoil, completely losing the battle squadron Ushakov. Meanwhile, due to the increasing wind and damage in the spars and rigging, Rear Admiral Ushakov rejected the idea of ​​pursuing Ottoman ships and ordered to stop chasing the Turkish fleet.

Thus, the battle at Cape Tendra ended in a total defeat of the Ottoman flotilla. The 2 battleships and the 3 small ships from the Ottoman fleet were destroyed, the 733 Turkish sailors were captured, and among them was the second oldest after Hussein Pasha, Admiral Said Bey. As for the human losses of the Ottoman fleet, in this battle they are estimated at 1400 people. Including about 700, the sailors and officers of the Ottoman fleet were killed along with the Kapudania ship, because the Russian boats that had not rescued them did not have time to save. The cruel defeat on the crews of the Turkish ships had a strong demoralizing effect.

The remains of the Ottoman flotilla gathered at Cape Kaliakria on the banks of Rumelia, after which they moved towards the Bosphorus. The fleet commander himself first reported to the sultan that he had allegedly completely defeated the Russian squadron, but then, when all the true circumstances of the battle were clarified, Hussein Pasha disappeared without a trace — either he fled or was killed for his lies. By the way, Field-Marshal Potyomkin himself later became aware of the lie of Hussein Pasha, who noted this with displeasure in his report.

The Russian squadron suffered much smaller losses than the Ottoman flotilla. So, on several ships it was required to replace the pierced masts (on the “Nativity of Christ”, “Saint Alexander Nevsky” and “Peter the Apostle”), besides one gun exploded on the ship “Saint Paul”. As for the dead and wounded, there were only 46 people, including 21 people killed during the battle. 8 September 1790, the squadron of Fyodor Ushakov, connected with the Liman squadron, safely returned to the port of Sevastopol.

In fact, the battle at Cape Tendra led to the complete defeat of the Turkish fleet in the northern part of the Black Sea, which allowed the Russian Empire to establish sea supremacy in coastal waters. Constant communication was established between Liman and Sevastopol, and on September 29 - October 1 1790, a squadron of the captain of the brigadier rank SA was safely relocated to Sevastopol. Pustoshkina, formerly based in Taganrog, included the 2 new 46-gun ship Tsar Konstantin and Fedor Stratilat, 10 cruising ships and 1 brigantine.

Naturally, the actions of the Russian fleet at Cape Tendra were approved by the higher command and the empress Catherine the Second. On September 1, General Field Marshal Prince G.A. personally arrived on the ship “Christmas”. Potemkin-Tavrichesky, who gathered all the commanders of the ships involved in the battle, and congratulated them on their victory over the Ottoman flotilla. The defeat of the Ottoman fleet at Cape Tendra was one of the most important events of the Russian-Turkish war 1787-1791. and had a major impact on the overall outcome of the war. 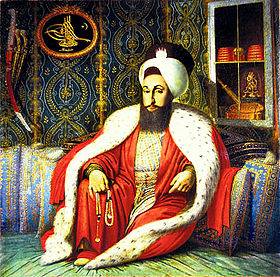 Attempt to Sultan Selim III to recoup for defeat in the previous war and the capture of the Crimea was unsuccessful. The position of both the ground forces and the fleet did not even allow the sultan to put forward any conditions when concluding a peace treaty. Finally, December 29 1791 (January 9 1792) in the city of Iasi signed a peace treaty between Russia and the Ottoman Empire. On the Russian side, it was signed by Count A.N. Samoilov, H. de Ribas and S.L. Lashkarev, from the Ottoman side - Rais Effendi Abdulla Effendi, Ibrahim Ismet Bey and Mehmed Effendi.

According to the Yassky peace treaty, the entire Northern Black Sea region, including the Crimean peninsula, the land between the Southern Bug and the Dniester retreated to the Russian Empire. In the Caucasus, the state border between the Russian Empire and the Ottoman Empire was established along the Kuban River, while the sultan refused claims to Georgia and pledged to abandon an aggressive policy towards Georgia. In the west of the Russian Empire, the state border was established along the Dniester River. Following this decision, a large number of residents of the Moldavian principality, remaining under the control of the Ottoman Empire, moved to the Russian half of the Dniester.

On the Russian territory in 1792 and 1795, the cities of Grigoriopol and Tiraspol were founded. In 1794, Odessa was founded, which later became one of the most important seaports of the Russian Empire. The signing of the Yassky peace treaty contributed to the rapid development of land in the Northern Black Sea region, which became actively populated by the Christian population, primarily by settlers from the Ottoman Empire and the principalities under their control - the Vlachs, Moldovans, Greeks and Orthodox Albanians, Bulgarians, and Serbs. Thus, thanks to the victory in the Russian-Turkish war 1787-1791, the Russian Empire was able to further develop the Black Sea lands, which had a very positive effect both on the economic development of the Russian state and on the strengthening of its political positions and international prestige.

Ctrl Enter
Noticed oshЫbku Highlight text and press. Ctrl + Enter
We are
The victory of the Russian fleet at Cape TendraBecome solid at the sea. Fedor Fedorovich Ushakov
Military Reviewin Yandex News
Military Reviewin Google News
16 comments
Information
Dear reader, to leave comments on the publication, you must sign in.