8 September 2017
29
The Ukrainian state-owned company Spetsteknoexport has concluded a contract with the Polish private company WB Electronics SA for the purchase of a batch of unmanned anti-aircraft ammunition for the Armed Forces of Ukraine, reports bmpd with reference to the resource www.defence24.pl. 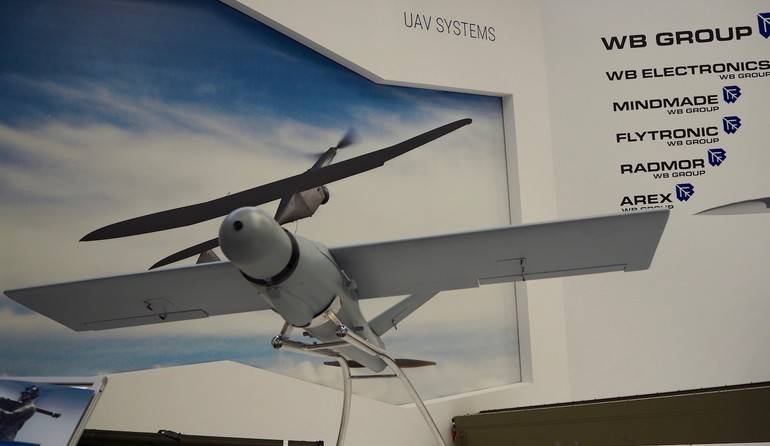 The cost of the contract is not disclosed.

Warmate is a sample of the one-time kamikaze drums popular in recent times.

According to WB Electronics, this is a “miniature UAV weighing 4 kg with an electric motor and a folding wing, equipped with a warhead weighing 0,7 kg - cumulative GK-1 (100-120 mm armor penetration) or fragmentation GO-1 (contains 300 grams of TNT)”.

It is reported that "the flight range of the device is up to 10 km, the locking time is up to 30 minutes, the speed is up to 150 km / h, the flight altitude is from 30 to 3000 meters." The UAV directs the operator from the control panel. The launch is made pneumatically from a container PU (portable single-charge or portable 21- and 40-charging).

Earlier, the Polish company reported sales of UAVs in two countries of the Middle East, as well as the delivery of a small batch of special forces "one of the European NATO countries."