5 September 2017
28
As part of the Russian-Mongolian military exercise "Selenga-2017", which started in the Gobi desert at the Zuunbayan training ground (Mongolia), Russian tankers shared their experience in applying modern maneuverable combat techniques. In particular, Mongolian tankers were trained to destroy conditional illegal formations with the help of a “fire carousel”, reports press office Eastern Military District.

The principle of conducting a tank battle "fire carousel" is to alternately alternate in a circle of combat vehicles, following each other, hitting the "enemy" with flank fire in motion. On the plains of the Gobi desert, only constant maneuvers of this kind will make it possible to emerge victorious from the battle. 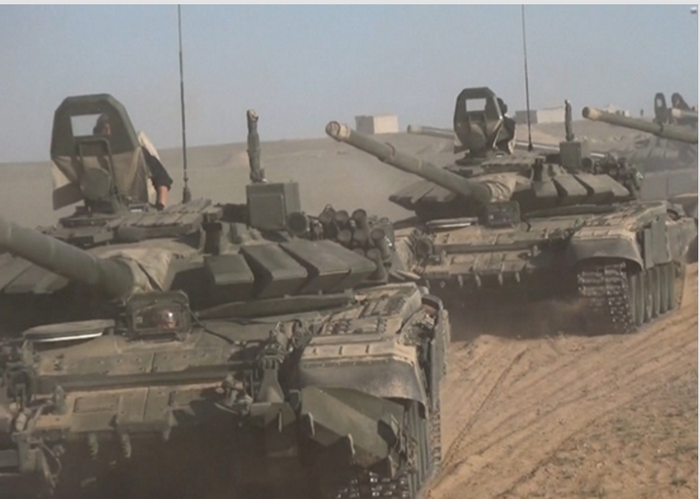 While training, the tankers of the two countries alternately hit joint and separate targets on the principle of the “fire carousel”. The interaction was carried out using conventional symbols specified in advance.

For the first time since 2008, the Selenga joint military exercise is taking place in the difficult climatic conditions of the Gobi Desert. From the Russian side, the tactical group of the All-Arms Association of the VBO deployed in the Republic of Buryatia participates. The servicemen are working out joint actions in the fight against conditional illegal formations. In total, more than one thousand military personnel and about 200 units of combat and special equipment take part in the maneuvers.

"Selenga-2017" - the tenth joint exercises in which the military participate BB. From 2008 to 2010, the maneuvers were called "Darkhan" (translated from Mongolian - "blacksmith"). Since 2011, international exercises have been renamed after the name of the Selenga River, which flows in Mongolia.