5 September 2017
0
Work on creating an impressive jet ocean flying boat with a deltoid wing was started at the Beriev Design Bureau in 1965. By that time, the company already had a wealth of experience in creating the most diverse amphibious aircraft, including the Be-10 jet seaplane, which was mass-produced.

The new project, which received the designation A-150, was to become a full-fledged multipurpose jet seaplane. The main objective of this flying boat was to be the search and destruction of US strategic submarines. In addition to the anti-submarine function, the aircraft could be used for reconnaissance purposes, as well as during search and rescue operations. It was also planned that the aircraft could be used to combat enemy surface ships and as a tanker aircraft (flying tanker). 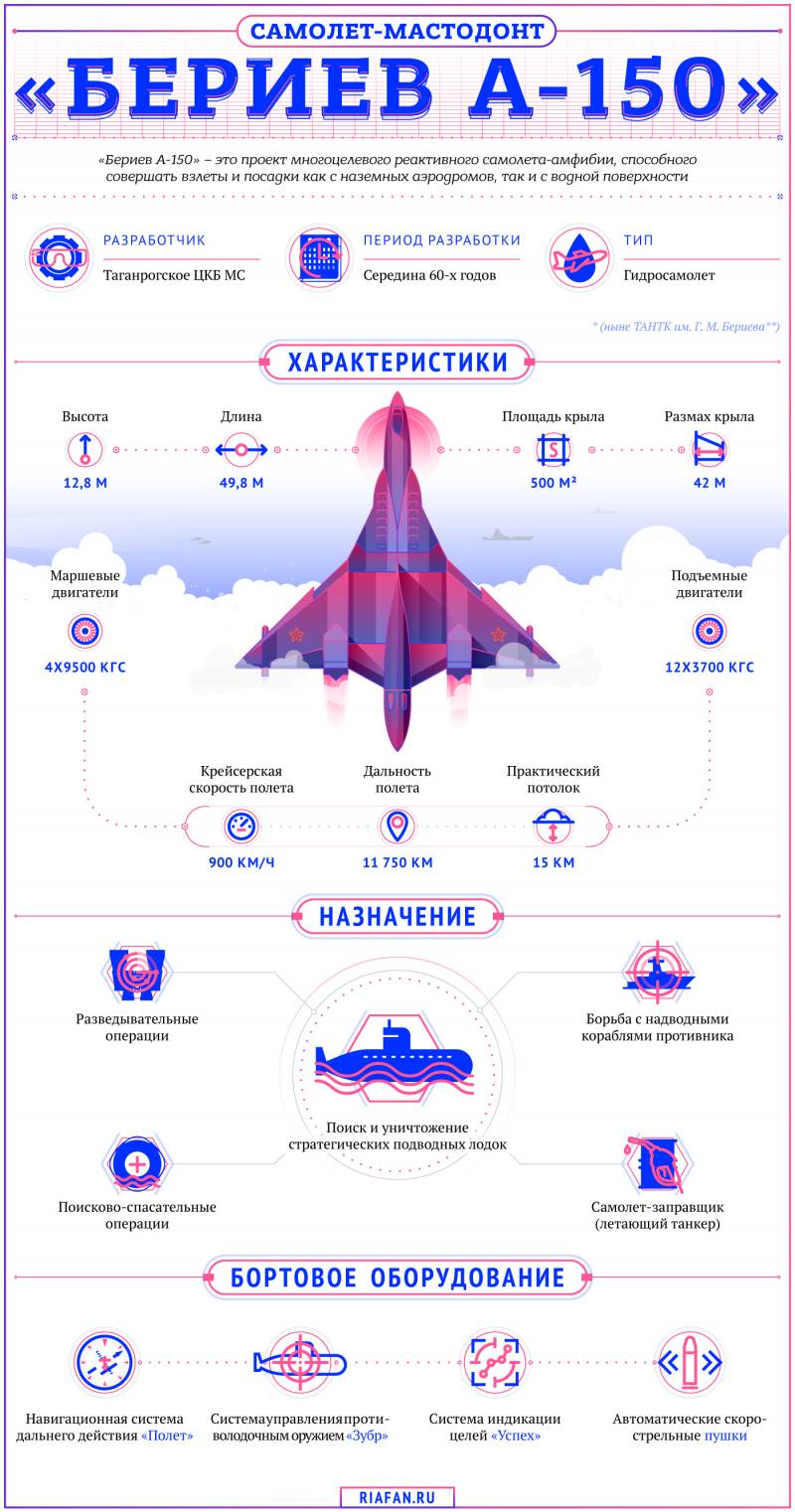