New US Sanctions: It's Flowers 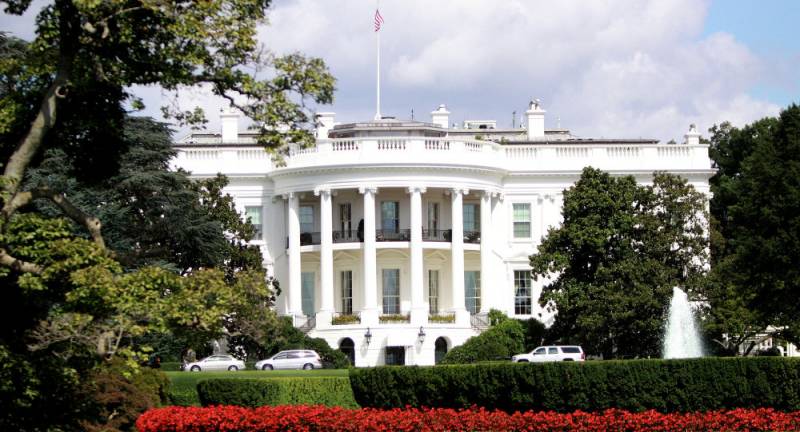 Recently, the Russian press has been overwhelmed with messages, comments, articles, speeches about new US sanctions against Russia. Still would! A blow this time is applied to the fundamentals of the economic power of the current ruling grouping: the financial and oil and gas sectors. The United States cannot prevent us from extracting oil and gas (although dependence on Western technology is great in oil production). But Americans can quite prevent them from selling them to Europe. What they are doing now.

By hindering the construction of new gas pipelines, the United States is “encroaching on the sacred,” the right of oligarchs with passports of the Russian Federation to plunder Russia's natural wealth. The neo-colonial model of the Russian economy, based on the unrestrained export of natural resources, is crumbling before our eyes. The US intention, however, is not to eliminate this shameful model for Russia, but to prevent the “Russian” oligarchs from receiving super-profits and force them to submit to the whip of the American supervisor.

However, this is clearly only the beginning of a broad offensive by a world oligarchy nesting in the USA, against Russia. The goal is almost not hidden: this, as has already happened in a number of other countries, is a change of power. And with a moderately pro-Western power (ie, showing signs of independence), to frankly pro-Western. This is the United States and its allies more than once done in Ukraine. Why not repeat such a dirty trick also in Russia ?!

The frontal offensive on the oil and gas and financial sectors is complemented by several flank attacks: foreign policy, domestic political and economic.

First of all, we note the recent voyage of US Vice President Pence for the former Soviet republics and the Balkans. He visited the Baltic states, Georgia, as well as Montenegro - a country that has long been friendly to Russia. Uncle Sam makes it clear to us that the Baltic states, the Transcaucasus and the Balkans - for centuries the zone of vital interests of Russia - are now finally becoming vassals of the United States, and Russia supposedly has nothing to do. Since this unfiled, but understandable message was enthusiastically supported by the local princes, there is no doubt that the process of an increasingly dense encirclement of Russia by unfriendly states will intensify. It is not necessary to say that Ukraine has already been turned into a semi-colony of America, and in Odessa a base of American fleet.

But even this is only the beginning of a general US offensive against Russia. The scandal with the supply of turbines of the firm "Siemens" to power plants in the Crimea, revealed the huge dependence of the Russian Federation, for example, on foreign engine-building. And although Moscow claims that the turbines were created in Russia under a German license, in reality 65% of the shares of the company that built the turbines belong to the same Siemens.

Take the aviation industry. The vaunted "domestic" Sukhoi SuperJ | et100 fly on the French-developed SaM146 engine. They collect SaM146 in Rybinsk, but in fact it is the same “Russian” aircraft engine as the “Russian” turbines for the Crimean power plants. Given the high share of American equipment on the "Superjet" for the sale of this "domestic" aircraft need permission ... US Treasury. For even more vaunted MC-21 (just started test flights) about a thousand PW-1400G engines of the American company Pratt and Whitney were purchased. Domestic PD-14 is still being tested.

The same trouble with ship engines. Small rocket ship "Buyan-M", which became famous for strikes of cruise missiles "Caliber" from the Caspian Sea at ISIS targets in Syria, as it turns out, is equipped with MTU Friedrichshafen M507A engines. The Germans stopped deliveries in connection with the events in Ukraine, and our Navy was able to receive only six "Buyans" of the twelve planned. Another four "Buyana" are unfinished. The same picture with the frigates of the 11356 "Petrel" project. Three was built. And three more were preserved, because the deliveries to Russia of the gas-turbine installations DS-71 and D090 from Nikolaev were stopped.

The same is true in other areas. For example, 494 from 580 of long-haul aircraft of the RF airlines - “Boeing” and “Airbus”. And it is enough for these corporations to stop the supply of some kind of spare parts, as in Russia the most severe (considering the huge spaces) traffic collapse occurs. And only now, when the West has sharply increased pressure, have our leaders started talking about switching to domestic aircraft. Truly "the thunder does not burst, the peasant will not cross."

But it's too late to be baptized. Our economy is already largely captured by Western firms. According to the authors of the review “Who owns the Russian economy”: “The state’s assets are still greatest in electricity generation, the mining industry (oil and gas, uranium and diamonds), oil refining, transport engineering, and the nuclear industry. In other industries, the state no longer plays a noticeable role. More than half of the companies have foreign or offshore companies on the list of shareholders or founders. ”

According to experts, enterprises in foreign or offshore jurisdictions extract 55% of our minerals. Among the oil and gas companies of the Russian Federation there is not one in which there would be no offshore companies or foreigners.

According to the well-known economist V.Yu. Katasonov, in the wholesale and retail trade the share of firms with foreign participation amounted to 81,4% of the total share capital. Foreign capital controls 2 / 3 food industry. According to V.Yu. Katasonov, even very modest successes in import substitution are provided, first of all, by enterprises with the participation of foreign capital. They are so "import substitution" at hand: they actively seize our domestic market.

So, if the world oligarchy headed by the United States took Russia seriously (and this is clearly the case), then the possibilities of economic blackmail in the West are almost unlimited. Russia has long been forcibly "embedded in the global economy" and, ultimately, made it powerless as an appendage of the West.

Can the current government ensure the independence of the country when almost nothing belongs to it? Can it govern a country when at least half of the economy is owned by foreign and offshore capital? For a long time they cut down the tree of the powerful economy of the USSR and, finally, “for what they fought, they ran into it ...”.

The dependence of the national economy of Russia on the West is so great that only a powerful concentration of the efforts of the whole country, similar to the Stalinist industrialization (which ensured victory over fascist Germany), is able to save Russia from the US economic aggression. The current ruling group is obviously not capable of that.

However, the glaring contradiction between the policy that hampers the development of the productive forces and the need of Russia for a decent standard of living of the people and a worthy place in the world inexorably leads to the sharpest conflict. All история of humanity shows that the government, restraining the development of the country, inevitably fails ...