August 12 2017
13
Serbia does not intend to become a member of NATO and asks the alliance, as well as other partners, to respect its neutral status, said Minister of Defense Alexander Vulin.

Of course, we communicate with NATO in the framework of the Partnership for Peace - this is the optimal level of cooperation for us and we are satisfied with this. We always declare to our NATO partners that we maintain military neutrality and we have no desire to become part of NATO, this is our firm decision. While the president of our country and the commander-in-chief is Alexander Vucic, and I, the minister responsible for the armed forces, we will not be part of the NATO alliance or other alliances.
- said Vulin during his official visit to Moscow, reports RIA News.

He added that Serbia expects from its partners - Russia, the United States, NATO and the CSTO - respect for their decision to remain neutral. 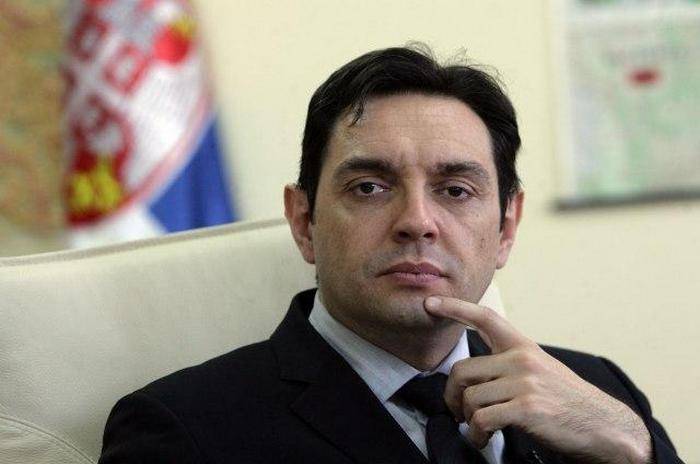 According to the parliamentary resolution 2007 of the year, Serbia maintains neutrality with regard to military alliances, but the country's parliament ratified 12 of February 2016 of the year a document on diplomatic immunity for NATO representatives and logistic support in the republic.

Regarding the supply of Russian weapons, the Minister of Defense of Serbia, Alexander Vulin, said that the exact date for deliveries of 30 tanks T-72S and 30 armored reconnaissance vehicles BRDM-2 as part of military-technical assistance has not yet been determined, the Serbian side expects them to be held next year.

(Relatively) BRDM-2 (and T-72С tanks) No exact date
Said the minister. According to him, the supply of the rest of the equipment in the framework of military assistance will take place when all administrative issues are resolved.

There are no political problems, everything goes according to plan and right on time, we are very satisfied. I expect (delivery) next year
- said Vulin, answering the question of whether the delivery of weapons within the framework of military-technical assistance will coincide with the delivery of MiG-29 aircraft.

Ctrl Enter
Noticed oshЫbku Highlight text and press. Ctrl + Enter
We are
Moscow and Minsk will multiply the former strength of the air defense of fraternal Serbia: C-300, "Baikals" and "MiGs" for Belgrade
13 comments
Information
Dear reader, to leave comments on the publication, you must to register.