Valentin Katasonov: It is necessary to refuse dollar payment systems professionally and in the mode of secrecy 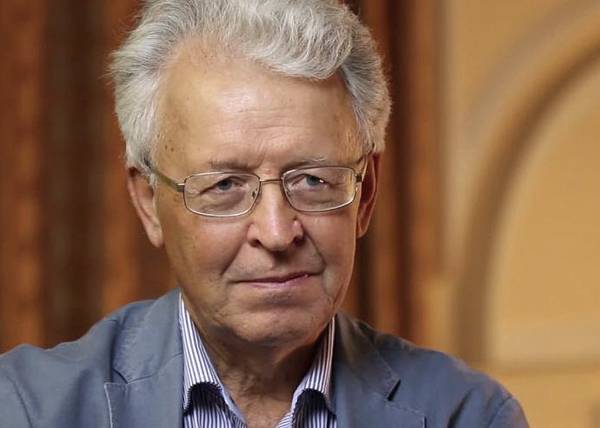 The Russian Foreign Ministry announced that, in response to new sanctions, Moscow is stepping up work to reduce dependence on American payment systems and the dollar as a settlement currency. Professor of MGIMO, Doctor of Economic Sciences Valentin Katasonov is surprised at such a statement by the diplomatic department and reminds that the Foreign Ministry does not deal with the economy, it would be more logical to hear such a statement from the Central Bank, the Ministry of Finance or the head of Government. An economist has suggested that the Russian Foreign Ministry threatens the United States to abandon the dollar. On the eve, the economist said:

The second point, which, frankly, is surprising is that such statements are made not by the Central Bank, not the Ministry of Finance, or even the Ministry of Economic Development, but the Foreign Ministry. For decades, I have been watching the work of the Foreign Ministry since I started studying at MGIMO, and I don’t remember that diplomats deal with global financial issues. As a rule, they were given either to the Government as a whole, or to the departments of monetary authority. In part, this is due to the fact that the President of the Russian Federation does not have any leverage to influence and even more interfere in the decision-making process in the departments of the financial and economic bloc. It was visible to the naked eye. But people still understand that they need to react somehow. Perhaps, this statement of the Ministry of Foreign Affairs is connected with the fact that the president used those levers and methods of influence that he has. It certainly has influence on the Foreign Ministry, on the Ministry of Defense, and on some other ministries. The statement is very significant, since it is a litmus test that shows that the power associated with money is actually in the financial institutions listed above (and not the president), and the question should be raised that the real power to manage currency, finances, capital went to the head of state. How to do it? This is a political question.

From the dollar, we must give up. But I do not think that for this the Foreign Ministry had to make some loud statements. Today we have overseas assets in dollars in the hundreds of billions. First of all, these are assets owned by state-owned companies, and there are private assets.

In order to remove these assets from the blow, we must act very professionally, and most importantly, while maintaining secrecy as much as possible. The behavior of the Ministry of Foreign Affairs in this sense is surprising. Not a very good move.

They wanted to scare, but do they really think that someone of our Ministry of Foreign Affairs is afraid? Shy not. From my point of view, this is rather a kind of PR action, which is designed for an internal audience, rather than an American one, in order to show that "we are still moving, we still have no atrophied receptors."

It is impossible to refuse current payment schemes in a week or a month. Maybe our authorities have some preparations, but I do not think that the Central Bank is very actively working in this direction. Over the past few years, I have not seen the Central Bank do something good for the country. Basically, he destabilized the economy and pursued the policy of the Federal Reserve System on the territory of our country, as its branch.

Therefore, first of all it is necessary to put under the control of the state of the Central Bank. By analogy with how 100 years ago, the leader of the world proletariat, in his theses, called upon to seize the station, the telegraph and the state bank. The central bank is the key link, by grasping which, the state could solve all other problems.