July 20 2017
7
According to the Japanese edition The Japan TimesThe Japanese Ministry of Defense has allocated "hundreds of millions of yen" for mass production of its own production of supersonic XASM-3 anti-ship missiles.

The rocket was developed by Mitsubishi Heavy Industries Corporation and has already passed all kinds of tests. According to The Japan Times, XASM-3 will be launched next year and will be the first supersonic air-to-ship missile developed and assembled in Japan, Warspot reports. 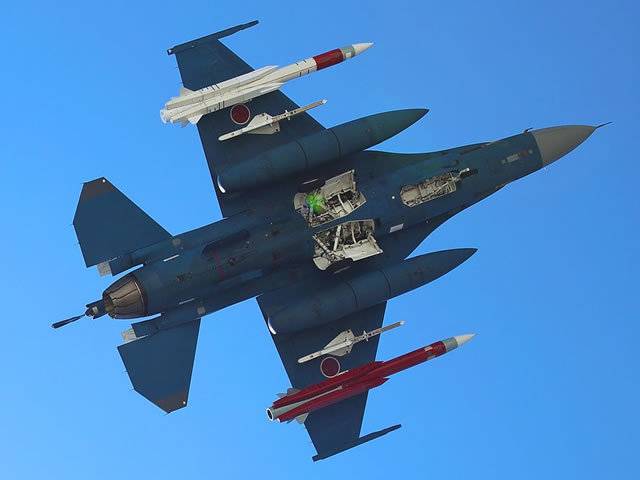 F-2 fighter with XASM-3 missiles
The Japanese Defense Ministry states that the new missiles will allow Japanese fighters to better protect the country's internal waters, in particular, will provide protection against the aggressive policies of China in the East China Sea. The XASM-3 missiles are designed for Mitsubishi F-2 aircraft (created on the basis of the American F-16 fighter), and later will be adapted for installation on other fighters (including the F-35).

The XASM-3 rocket length is 5,25 m, the mass is about 900 kg, the flight range is up to 200 km. XASM-3 will be three times faster than ASM-1 and ASM-2 (Type 80 and Type 93) anti-ship missiles currently used by Japan, and will be able to accelerate to 3600 km / h. The developers say that the new Japanese rocket will move at a height of several meters above the water, which will allow it to fly up to enemy ships unnoticed.