The hull and main power plant of the large anti-submarine ship of the 1155 project (superstructure design, location of rooms, posts and radio-electronic equipment) were taken as the basis. The minesweeper’s armament included two Dagger SAMs in the bow and stern (64 rockets), two 100-mm AK-100 gun mounts, four six-barreled 30-mm AK-630 anti-aircraft guns (two batteries, one for the board), one twin 25 -mm 3М-2М installation for shooting mines and the BoAx-1 anti-torpedo, anti-mine and anti-submarine defense system. 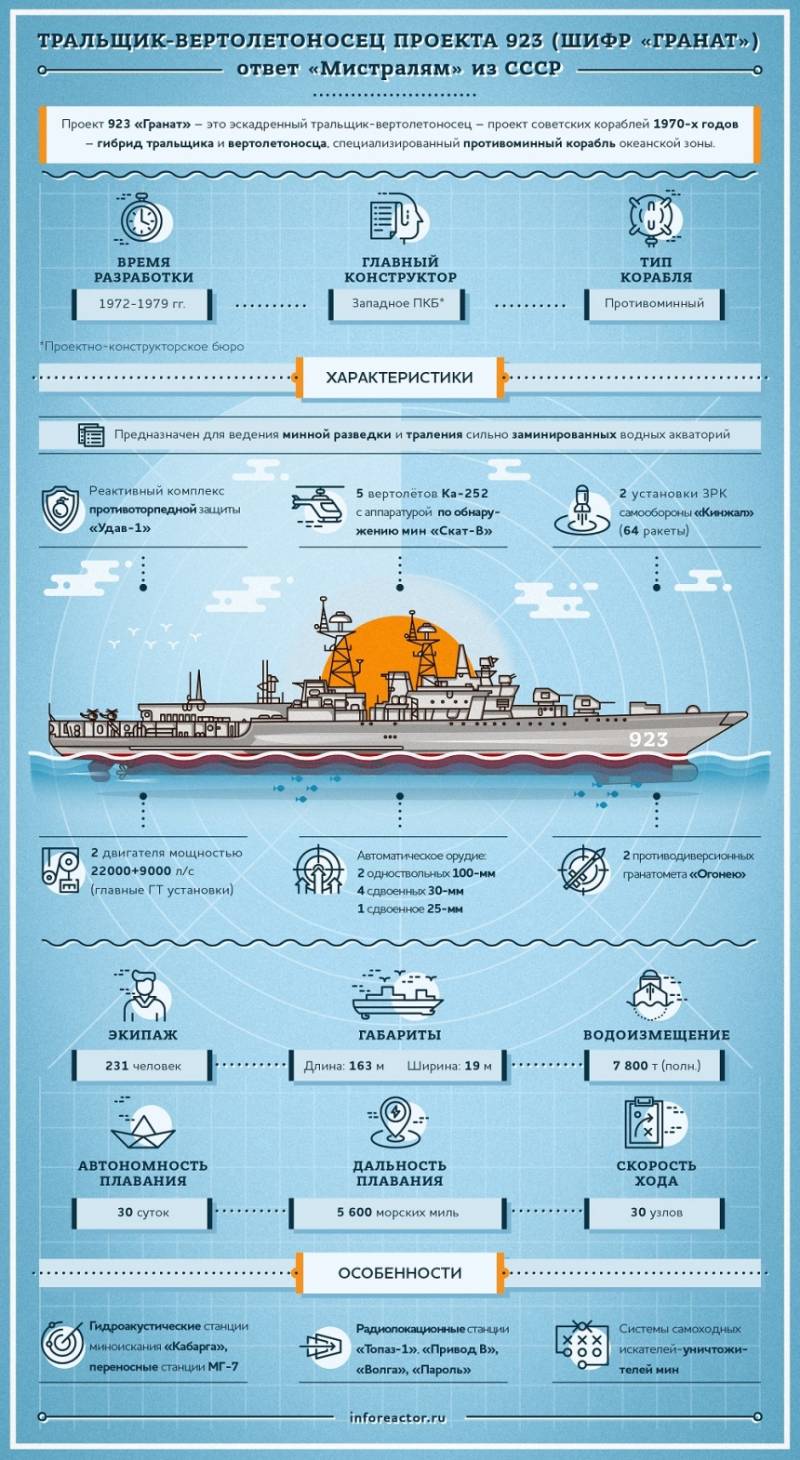