What did NASA do in half a year?

July 13 2017
24
The US Aeronautics and Space Administration has released a video report on the work done in the first half of the year 2017. The agency shared information on completed and planned missions for the near future.

At the beginning of the year, two asteroid research missions were announced. After the cancellation of plans for catching and visiting an asteroid by a man, NASA is not going to abandon studies of such celestial bodies.

The Lucy automatic interplanetary station in 2021 will visit Trojans in Jupiter’s orbit. This group of asteroids was named so in accordance with the astronomical tradition. Groups of asteroids moving around the Sun near the Lagrange point L4 are called by the names of Greek heroes, and L5 are called the defenders of Troy. Lucy is likely to visit asteroids Patroclus, Priam, Aeneas, Ascanius, Anchises, Troilus and others. 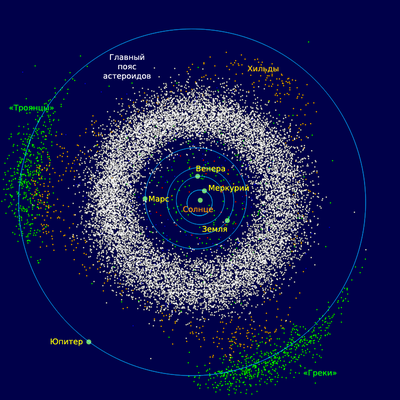 The second station, Psyche (Psyche), will fly to the Asteroid Belt in 2023 to explore a large metal object.

Both missions will give scientists a wealth of data on the structure of celestial bodies and will allow you to look into the past, at a time when the solar system was just being formed. 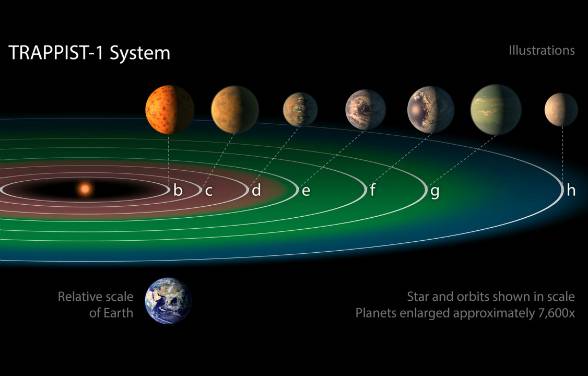 This month there was an incident. NASA convened an emergency press conference, which caused a serious wave in the media. Everyone started talking about the discovery of alien life in distant corners of the universe, but the sensation did not happen. Spitzer telescope found only regular exoplanets in the TRAPPIST-1 system in the constellation Aquarius. The system consists of 7 planets, 3 of which are located in the so-called habitability zone, not too far and not too close to the star. This makes the surface temperature comfortable. Theoretically, there may be liquid water, which is the main element for the emergence of life. True, in the near future to check this discovery will not work. TRAPPIST-1 is located at a distance of 39,5 light years from the Sun, or 378 trillion. km This is the first case of the discovery of several potentially inhabited worlds in one system. 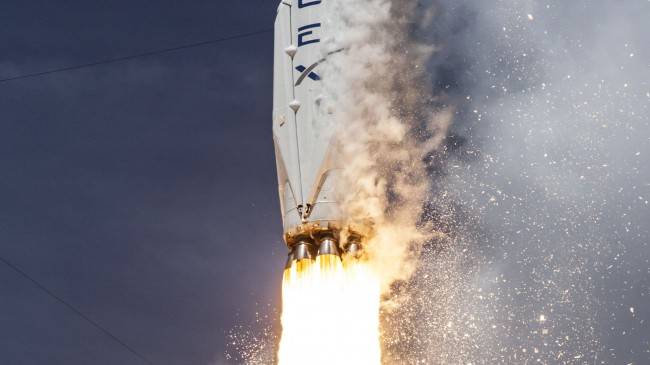 Also this month, the first private launch was performed from the cosmodrome named after Kennedy. The SPACEX Falcon 9 rocket successfully delivered cargo to the ISS. The launch took place from the site 39А. This is the first use of this launch pad from the 2011 year, after the last launch of the Space Shuttle program.

US President Donald Trump signed a decree on NASA’s budget for 2017. Congress also approved this document. For this year, the agency avoided serious cuts in funding, which gives hope for a stable and planned implementation of all projects. 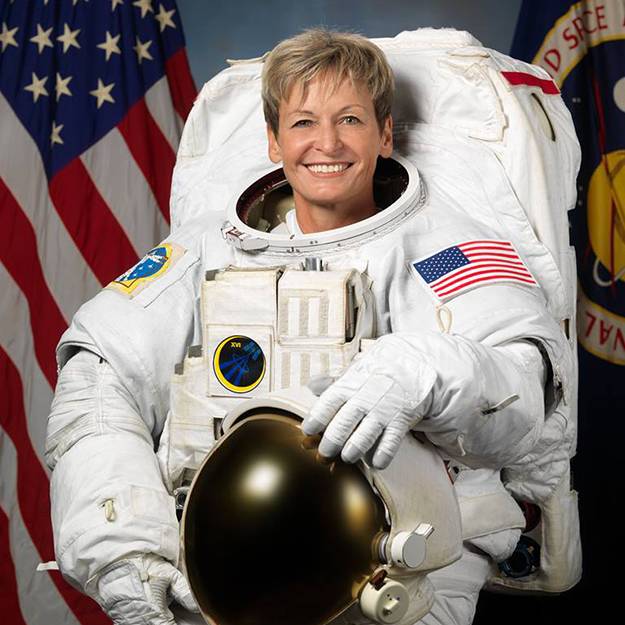 American biochemist and astronaut Peggy Whitson set a record for the duration of their stay in orbit among American astronauts. The total time in space for the first woman to the commander of the ISS was 535 days. She also holds the record for the total stay in outer space for a female astronaut. It is 60 hours and 19 minutes. 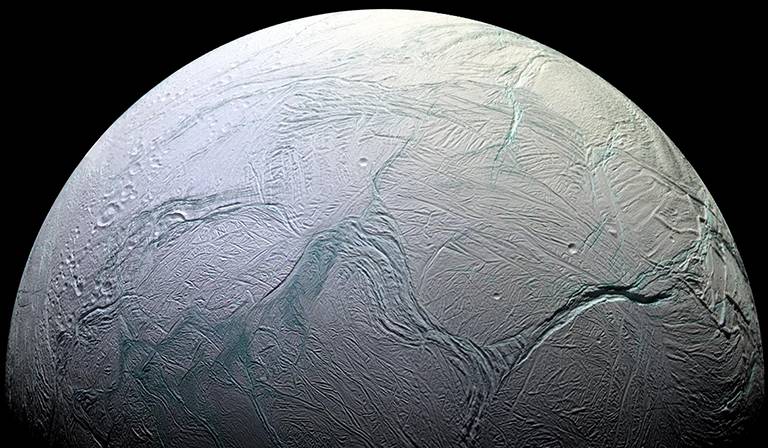 Cassini discovered water on Saturn’s satellite Enceladus. In addition, the AMC managed to fly for the first time between Saturn and its rings and transmitted the first pictures. This is the first of the 22 maneuvers before the heroic death for the benefit of science. 15 September, the unit will enter the atmosphere of the planet. Before burning in dense layers, he will have time to transfer valuable data to Earth. 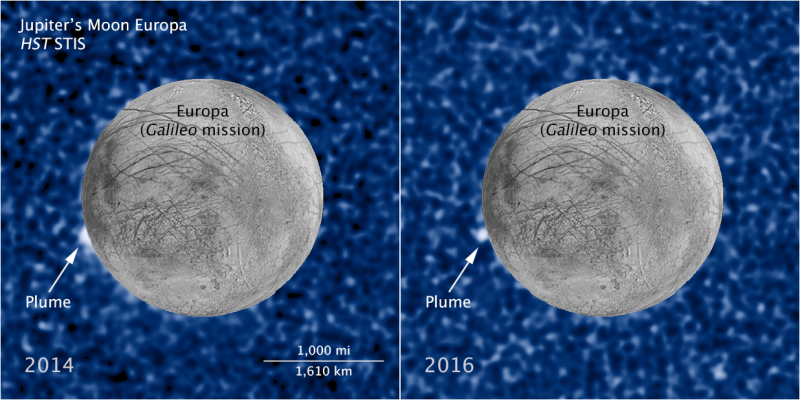 At the same time, the Hubble telescope filmed geysers on the satellite of Jupiter Europe. The release occurred in the same place as in 2014. This was another confirmation of the theory of liquid water under the ice crust. 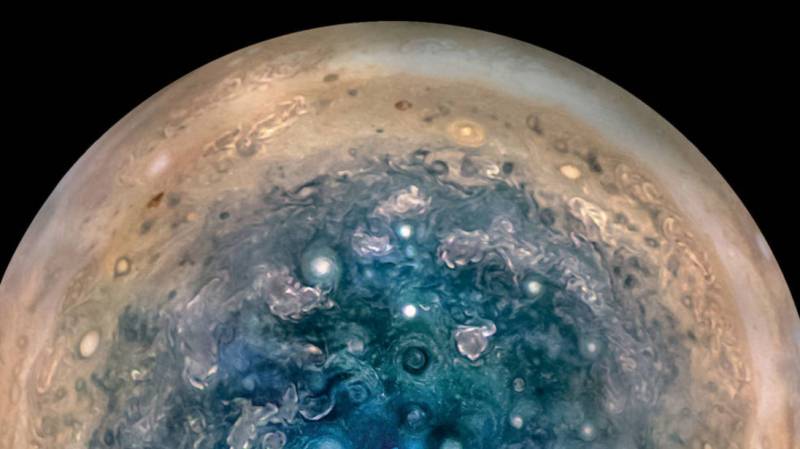 AMC Juno (Juno) made an interesting discovery. At the poles of Jupiter discovered giant cyclones the size of our planet. It also turned out that magnetic fields are much stronger than previously thought and affect the deeper layers of the atmosphere. 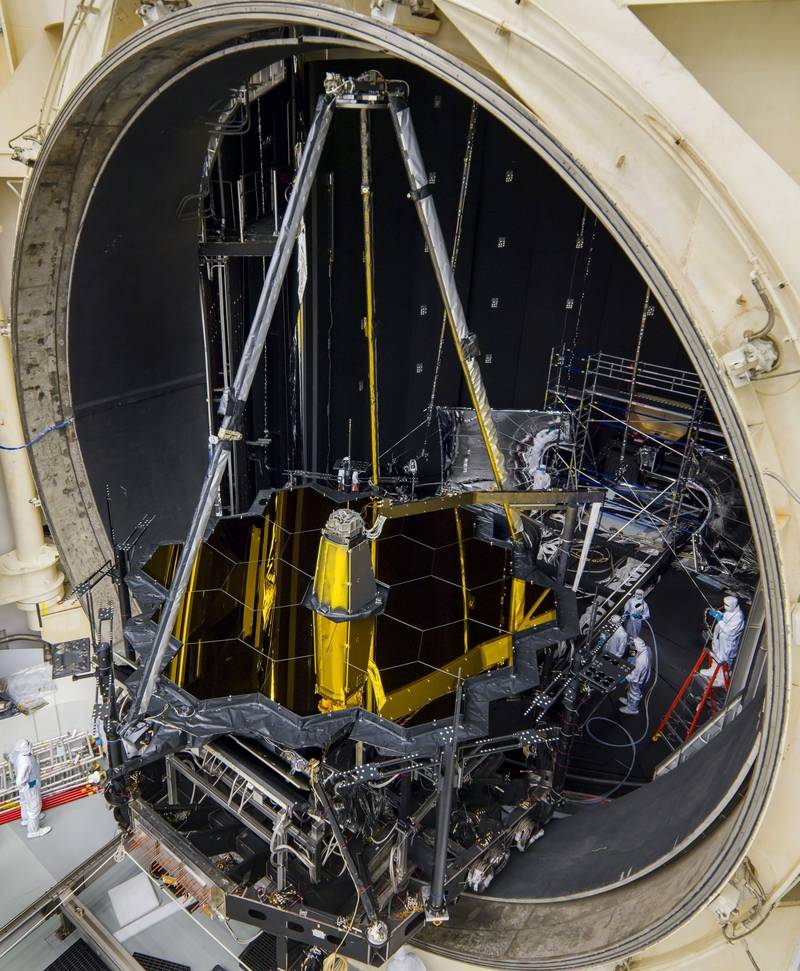 The James Webb telescope arrived at the Johnson Space Center for final checks before launching in 2018. The largest orbital telescope will have a cycle of cryogenic tests. In chamber A, where the Apollo boarding module was previously tested, scientists will test the effect of ultra low temperatures on the onboard systems and mechanisms. 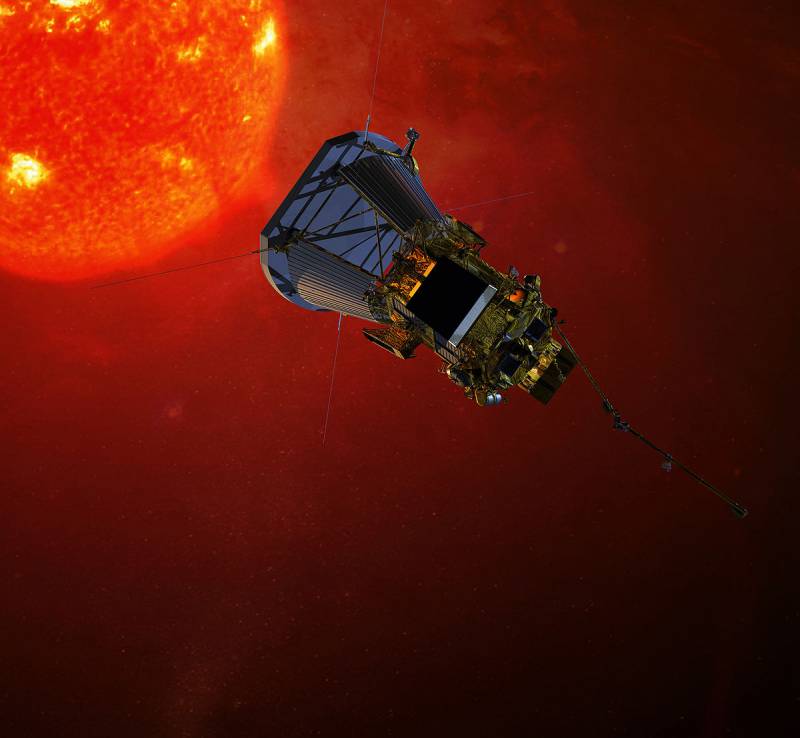 The Solar Probe + or Solar Probe Plus probe was renamed the Parker Solar Probe in honor of Eugene Parker, a physicist from the University of Chicago, who discovered the solar wind. The launch is scheduled for 2018. The device is being developed from 2008 by the Laboratory of Applied Physics at Johns Hopkins University in Maryland. The probe will approach the star at a distance of 8,5 of the solar radius (≈ 1⁄9 of the radius of the orbit of Mercury), or 5,9 of a million kilometers. 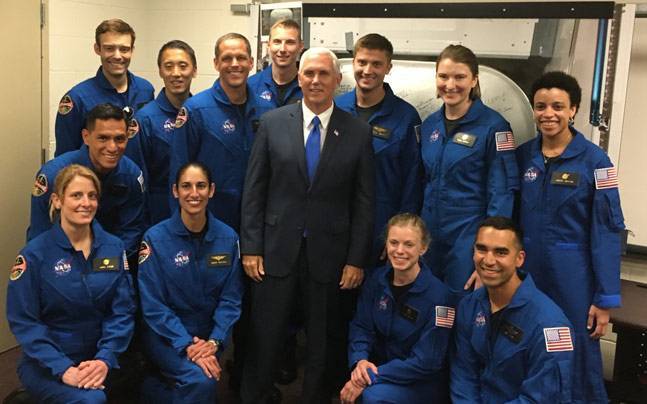 US Vice President Mike Pence at Johnson Space Center presented a new team of 12 astronauts. Five women and seven men were selected from 18 thousands of candidates. This is the biggest addition to the 2000 of the year. The new set will take 2-3-year preparation before future research missions, including flights on private spacecraft, the Orion program and others.